The Malta Independent on Sunday of 2 August 2020 featured an article about ‘Artsing About’, the initiative where the Society asked artists who had exhibited at MSA in the past to share artistic and personal anecdotes related to lockdown. You can read the article below and all the individual Facebook posts here. 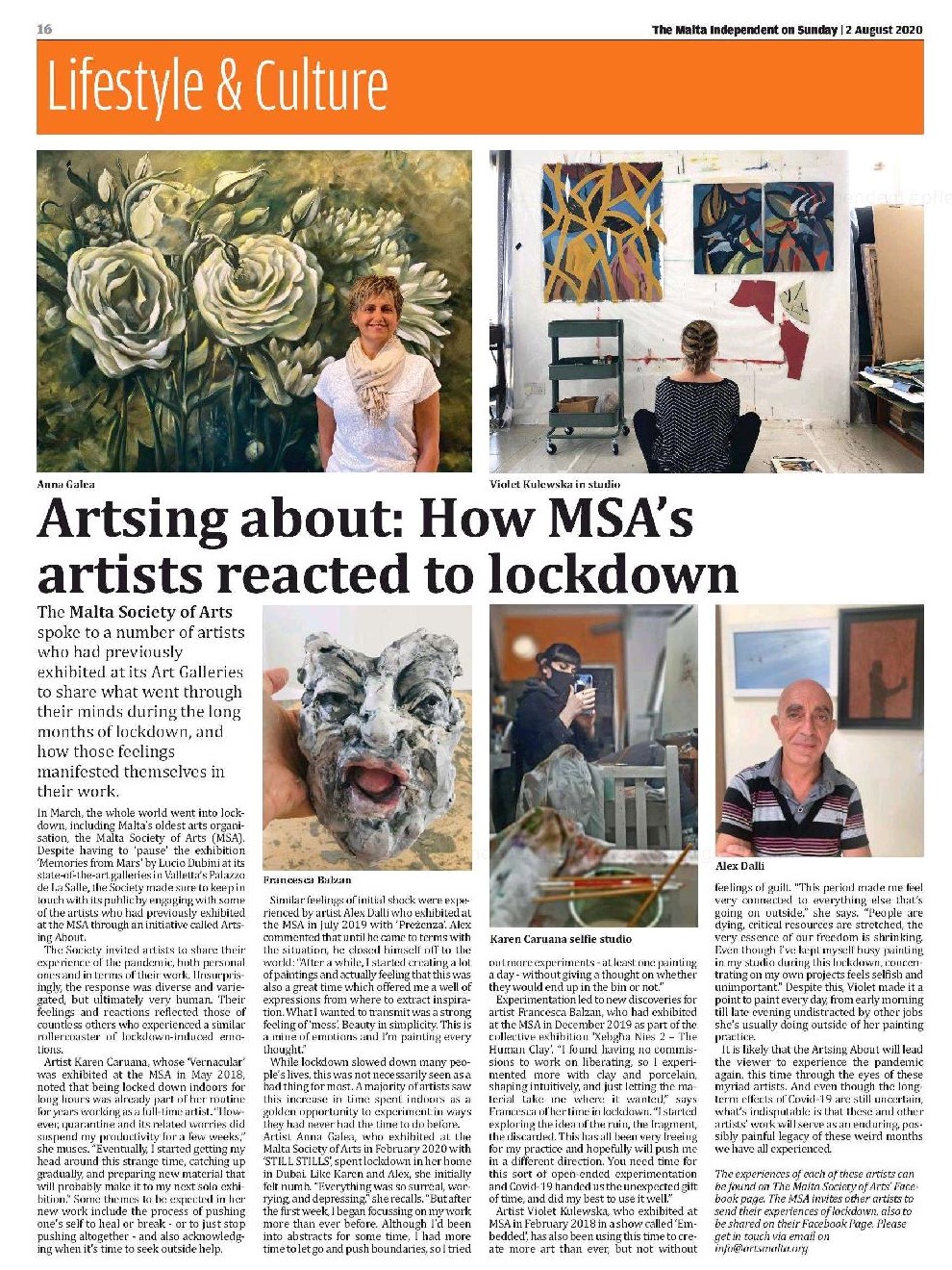 MaltaToday published a feature on Sunday 12 July 2020 regarding the revival of artistic works by MSA Members online during the Covid pandemic. This was a series of Facebook posts called ‘Reminiscing Perceptions’ showcasing works which had been exhibited during MSA’s past two Members’ Exhibitions called ‘Perception’ and ‘Perception: postscripts’. 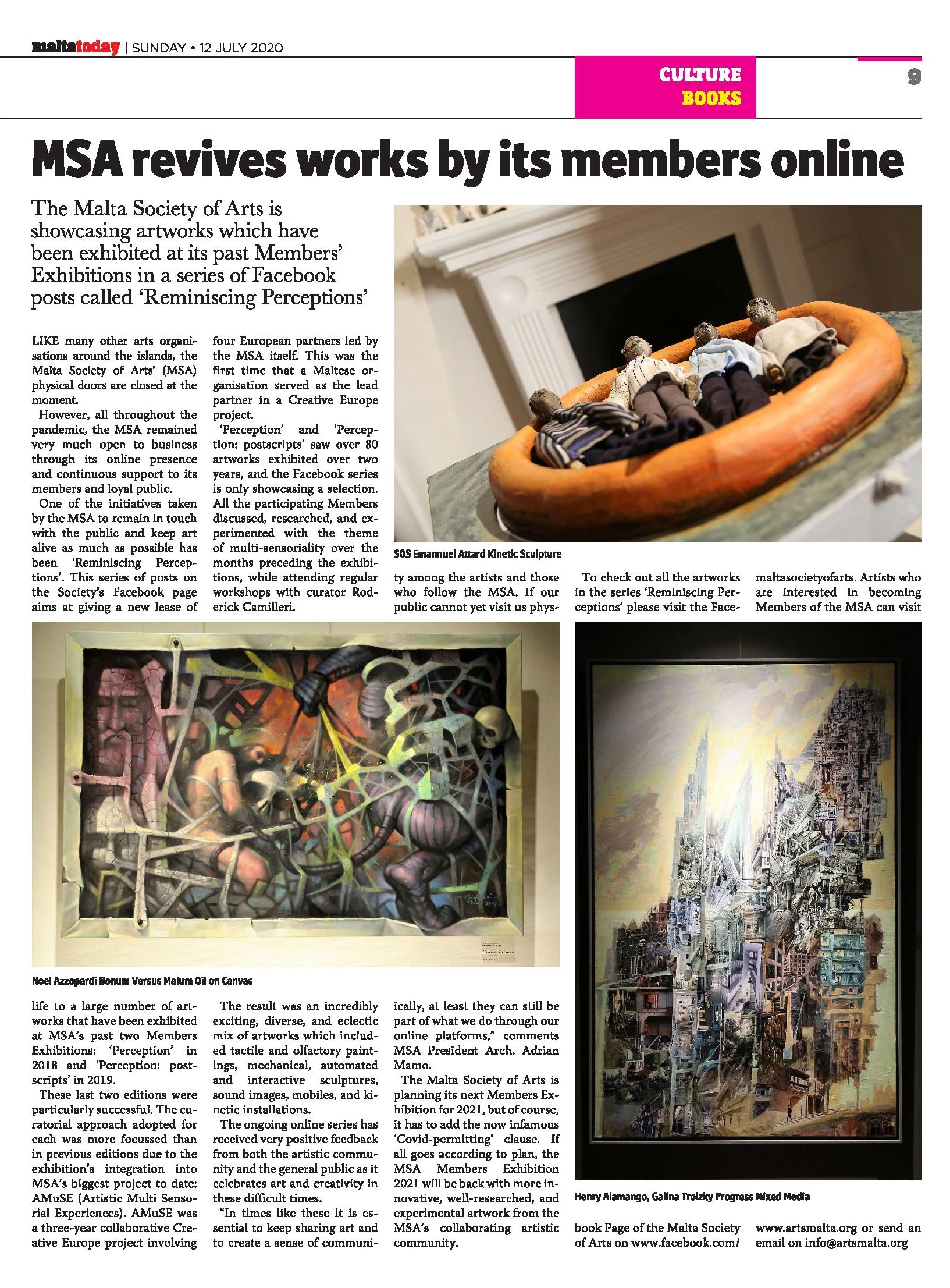 Another feature regarding ‘Reminiscing Perceptions’ was published on The Malta Independent of Thursday 9 July 2020. 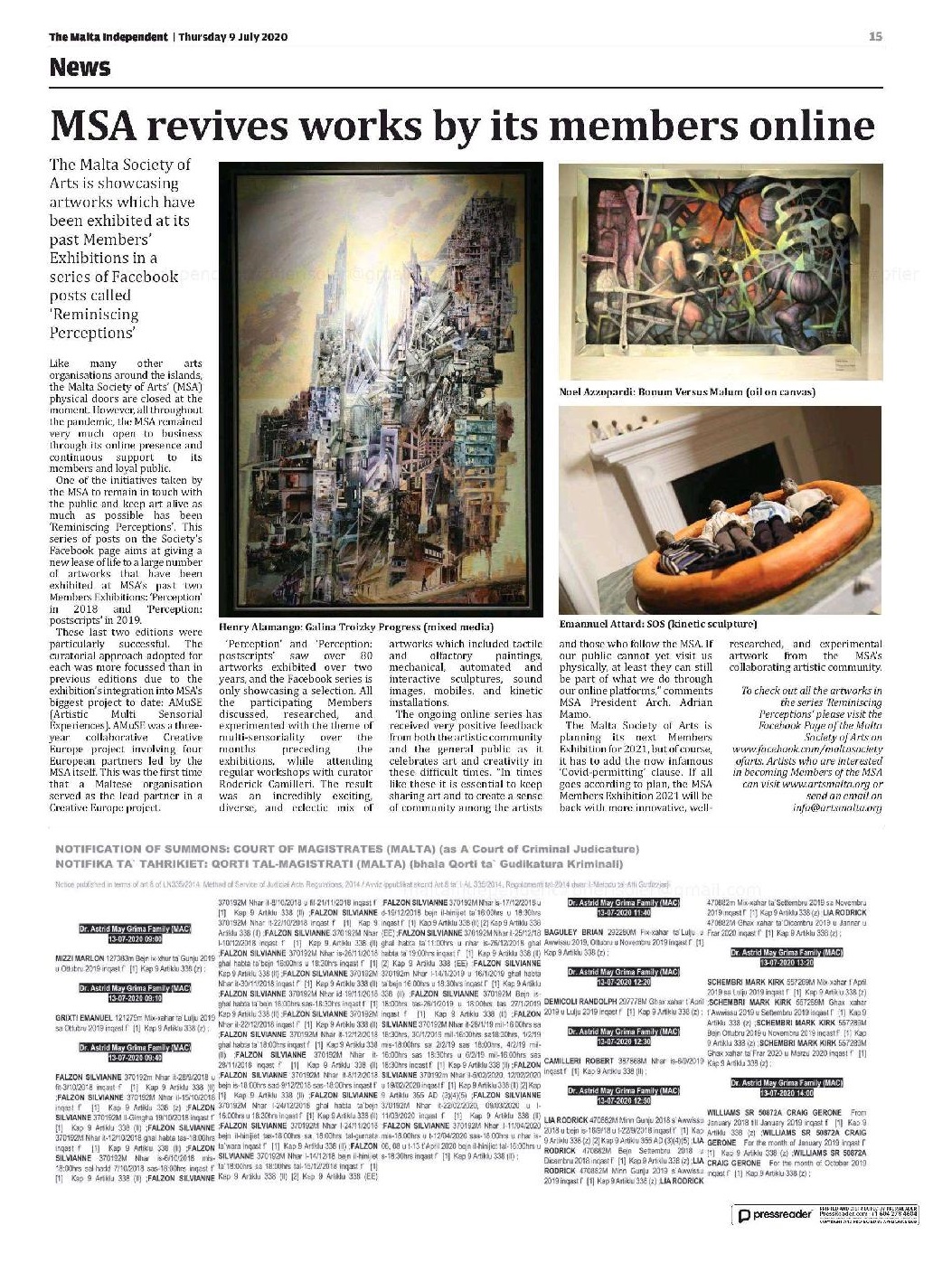 A feature about our MSA Committee Vice President Roderick Camilleri was published on the Malta Independent on Sunday of 19 July 2020. The article, penned by Marika Azzopardi, talks about the works and career of Roderick Camilleri as a young artist and curator. 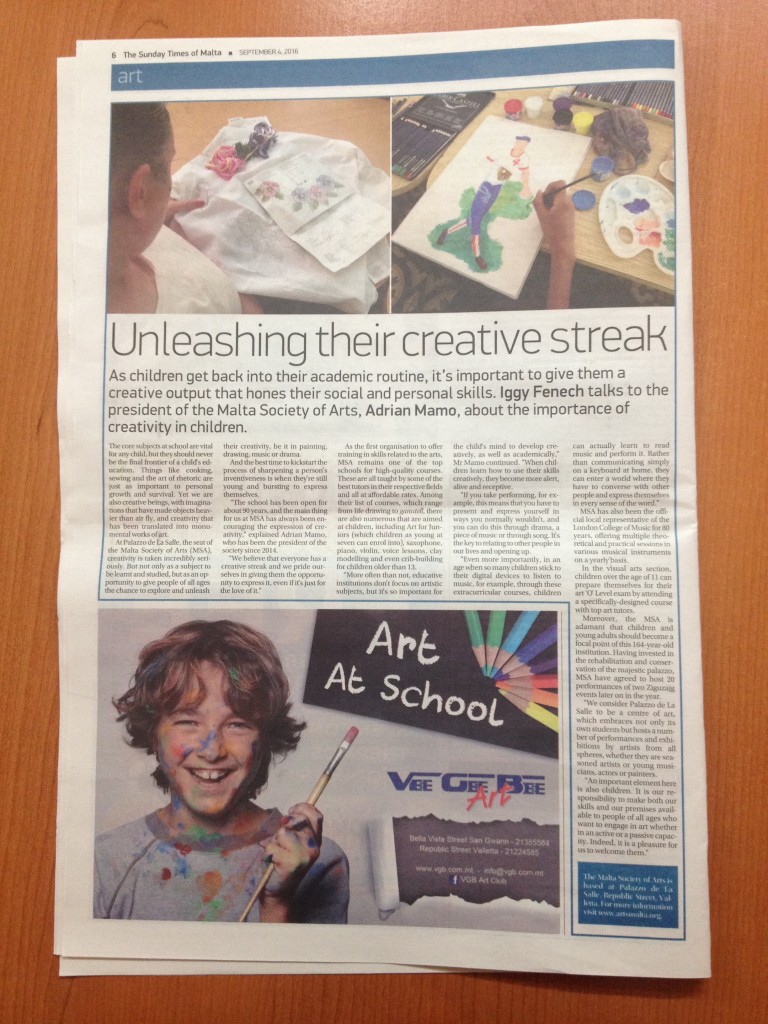 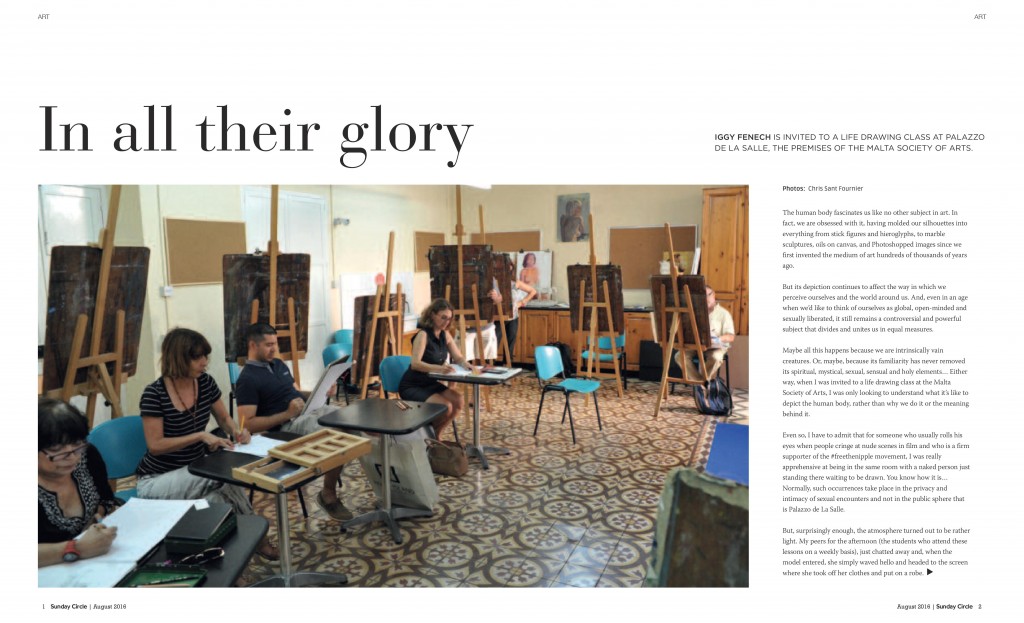 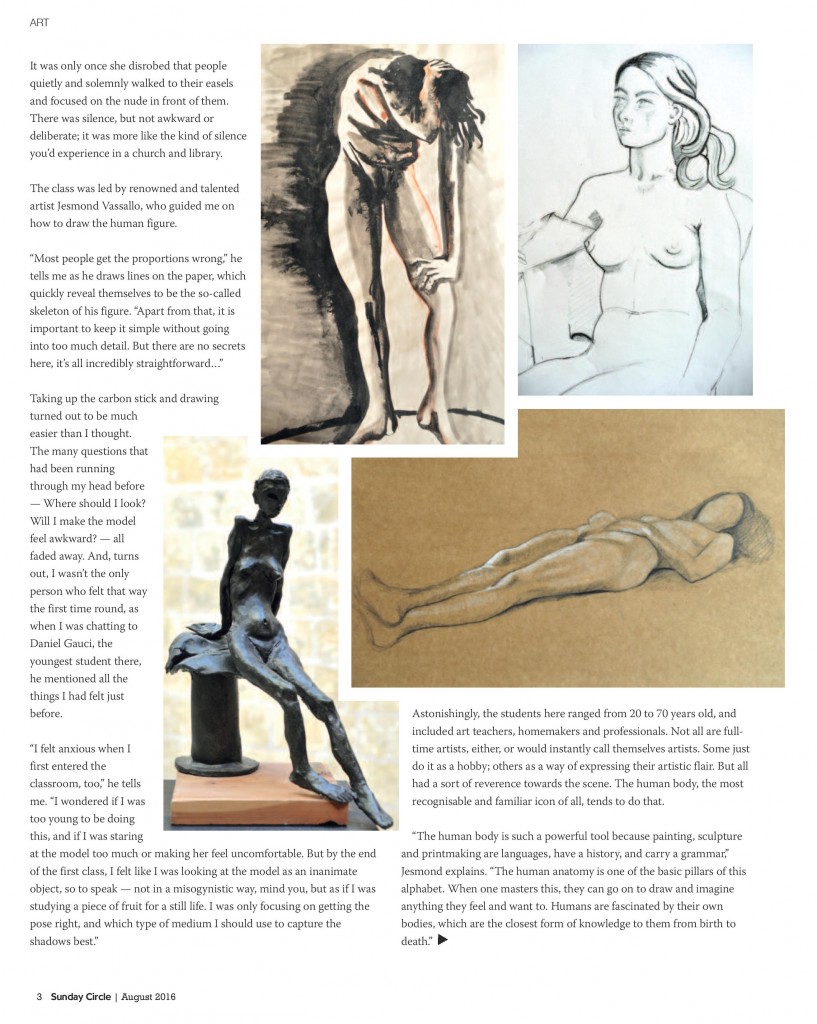 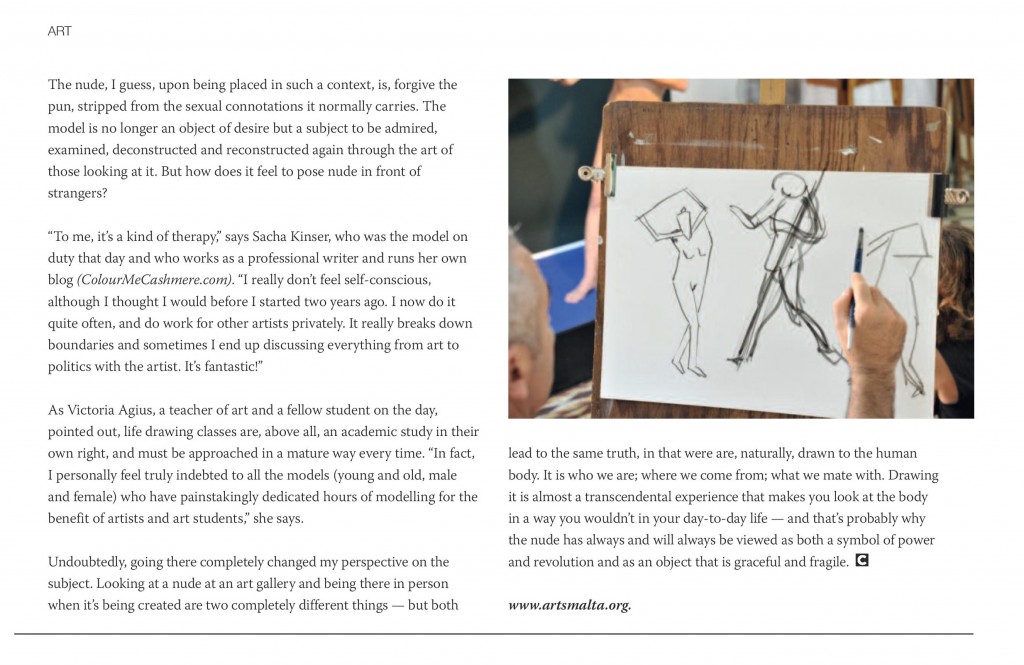 Article on The Malta Independent about Carmine Lauri’s beginnings by Marika Azzopardi: www.independent.com.mt/articles/2016-04-19/human/The-wooden-spoons-that-made-music-6736156501
Published on 19 April 2016 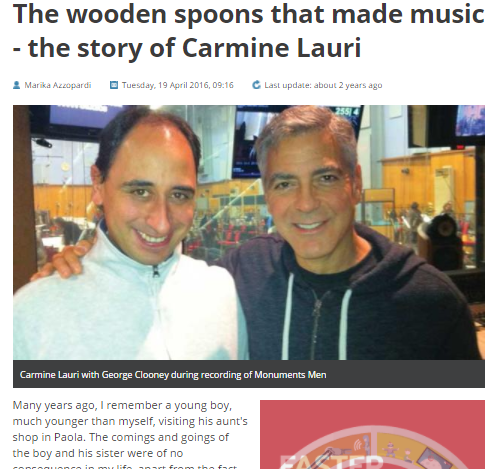 Article on ‘Flimkien’ magazine about various arts and crafts taught at Malta Society of Arts on Page 19: https://issuu.com/spieldeg/docs/flimkien_settembru_df451606659f68 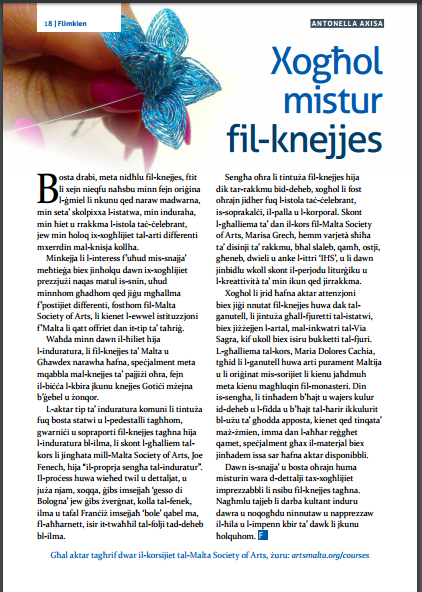