New President of the Malta Society of Arts, Manufactures and Commerce 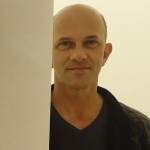 Adrian Mamo is the new President of the Malta Society of Arts, Manufactures and Commerce. Adrian is an architect in private practice. He graduated in architecture and civil engineering from the University of Malta in 1989 and worked as architect at the Antiquities Section of the Works Department before setting up ARCHITECTS STUDIO in 1995 with three architect colleagues. Adrian has designed theatre sets for over 50 productions for a number of local theatre companies and is a co-founder and producer of VOICES, one of Malta’s largest local music events held every two years since 1991. He was chairman of the MALTA COUNCIL FOR CULTURE AND THE ARTS between 2006 and 2013.