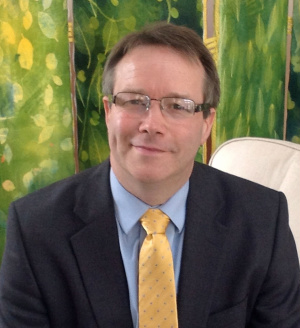 Hugh Sutton began his musical career as a chorister of Wimborne Minster. He read Music at the University of East Anglia during which time he was a Choral Scholar and then Lay Clerk with the choir of Norwich Cathedral with whom he made international tours, CD recordings and BBC Radio broadcasts. He studied Organ with Adrian Lucas and singing with David Pollard. Hugh went on to study at the Guildhall School of Music and Drama in London, during which time he worked with William Christie as a soloist, filming Purcell’s ‘Faery Queen’ for Channel 4.

Hugh Sutton also sang regularly with the Choir of St Paul’s Cathedral as well as deputising with many professional choirs in London. He has appeared as a soloist with numerous choral societies throughout the country and in Europe, working with conductors including Sir George Guest and Sir David Willcocks.

Hugh gained his Masters in Education from the University of Exeter He was elected a Fellow of the Royal Society of Arts in 2008 and Freeman of the City of London in 2012.

Prior to leading the Music Department at St Mary’s Calne, Hugh Sutton was Director of Music at the Royal Russell School in Croydon, Conductor of the Carshalton Choral Society and Director of Music at St Michael’s Church West Croydon. Hugh continues to pursue a busy career as a Bass soloist, teacher and examiner across the country.

The London College of Music Spring practical exams will be held at Palazzo de La Salle between the 9th and the 25th May 2016.