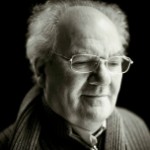 Recipient of a Royal Philharmonic Society Music Award in 1993 and winner of the 2007 Liszt International Grand Prix, Ates Orga is a Cambridge-based examiner, writer and record producer who for many years lectured at Surrey and Istanbul Technical Universities and was formerly with the BBC Music Division. A contributor to New Grove, his books include biographies of Beethoven and Chopin, and he has published extensively on the work of Charles Camilleri. A Fellow of Trinity College of Music, he read music at Durham University, graduating in composition. Recent LCM tours have taken him to Ireland, India, Malaysia and Turkey.

Mr Ates Orga will be conducting the exams held at the Malta Society of Arts between the 14th and the 23rd May 2015.