The next session for the London College of Music (LCM) examinations will be taking place at Palazzo de La Salle from 7-23 May 2018. This will be a Practical Exams session where 333 students in total will be sitting for exams divided as follows:

This will be the first time ever that students will be sitting for an Acoustic Guitar exam for LCM.

In Malta, five exams, (three Theory and two Practical) are held annually. All exams are accredited by and also recognised by The Malta Qualifications Framework (MQF).

The LCM examiner for this session is Paul Carter. 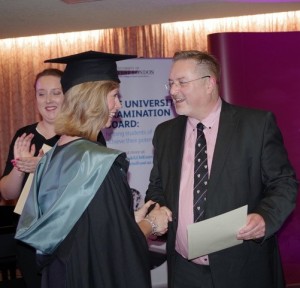 Paul Carter has lived and worked in many different parts of the UK, including the North West close to Manchester, the Midlands and for many years, in London.

He studied a number of musical instruments but specialised in pipe organ. As such, he was a church organist and choir trainer for many years whilst living in the UK.

He studied at a number of colleges and universities, including Royal Holloway College, University of London and the University of Durham.

He has worked as a conductor, composer, performer and examiner throughout his professional life. He has held positions as Director of Music in both public schools and in the state sector.

In the early 2000s, he moved to Germany where he now lives. Besides music, he has worked at two major universities teaching a range of English courses to undergraduate and postgraduate students. Outside of work, he is a keen amateur cook, and also is very interested in renovating residential properties.