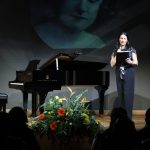 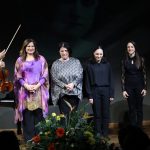 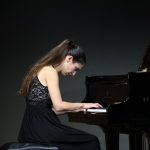 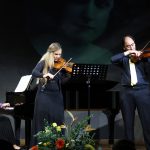 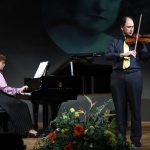 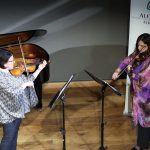 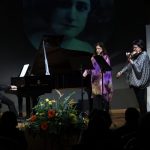 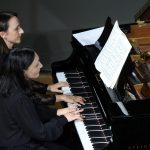 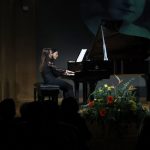 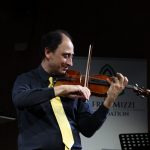 On Wednesday 23 November, our Concert Hall hosted a concert to mark the Launch of the Bice Mizzi Vassallo (BMV) Music Competition, which will be held in October 2023. For this launch, winners of the past editions were invited to perform a brief programmed of excerpts of their choice.

This will be the 14th edition of the BMV Music Competition, after a break of a few years due to lack of resources. The competition consists of 2 sections: a section for pianists and another for string players not older than 25 years of age. Eligible string players include violin, viola, cello, and double bass. Candidates are expected to present a ten-minute repertoire consisting of a set piece and works of their own choice amongst the pieces laid down in the regulations.

The evening started with a welcome address by Corinne Briffa Bowman, Chair of the Organising Committee, and after a few messages, past winners of the competition Christine Zerafa, Sarah Spiteri, Tatjana Chircop, Joanne Camilleri and Caroline Muscat, Carmine Lauri (with accompanist Stephanie Quintano Lauri).

Bice Mizzi Vassallo (born Beatrix Vassallo; 11 November 1899 – 22 February 1985) was a Maltese pianist, considered among the foremost pianists of her generation. She is also known as the daughter of composer Paolino Vassallo and the wife of former Maltese Prime Minister Enrico Mizzi.

Bice Mizzi Vassallo devoted herself to teaching especially after the death of her husband in 1950 and tutored some of the country’s best pianists. She was described as “a woman of steel with a heart of gold, who dedicated her life entirely to her family, dedicating herself completely to their endeavours.”

The competition takes place every 2 years and has now reached the 14th edition.
An organising committee was set up and has been working thoroughly through the participation of various committee members who have a musical background, many of whom are also leading music teachers in Malta. This committee thrives on such volunteers who reward themselves in seeing young talent progress and flourish.