The final phase of AMuSE project took place at the end of September 2019 in Malta, hosted by the leading partner – the Malta Society of Arts.  The two-year project came to a conclusion through three main events – a synchronised church bell ringing performance, an interactive concert, and a final collective exhibition involving the 16 local and European participating artists. Details of the individual events can be found below.

The first one of the three final AMuSE events was ‘Peal’, a synchronised church bell ringing event which brought together various churches in Cospicua, Senglea and Vittoriosa, as well as the participation of 25 ringers and a Master Ringer under the direction of campanologist Kenneth Cauchi. 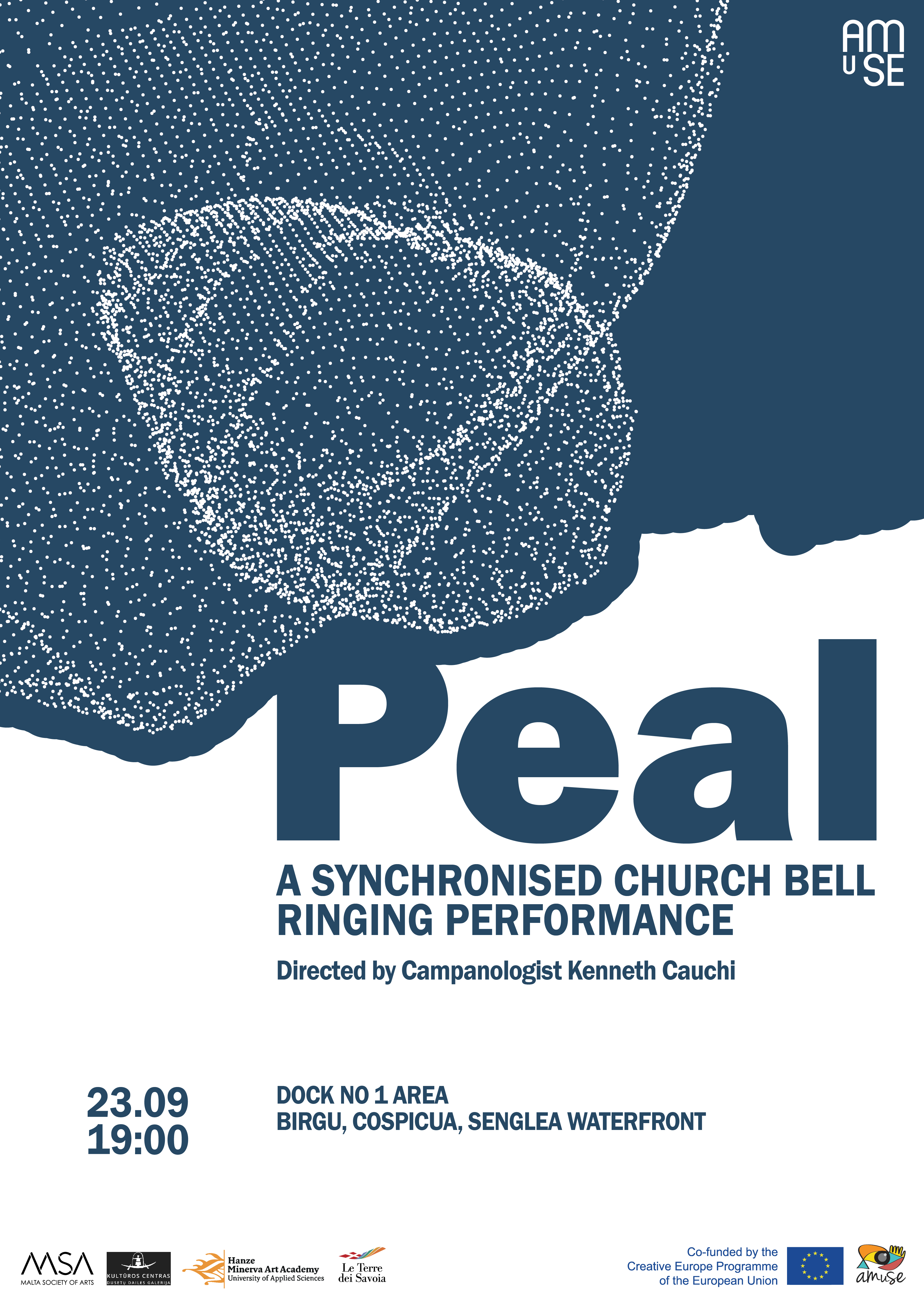 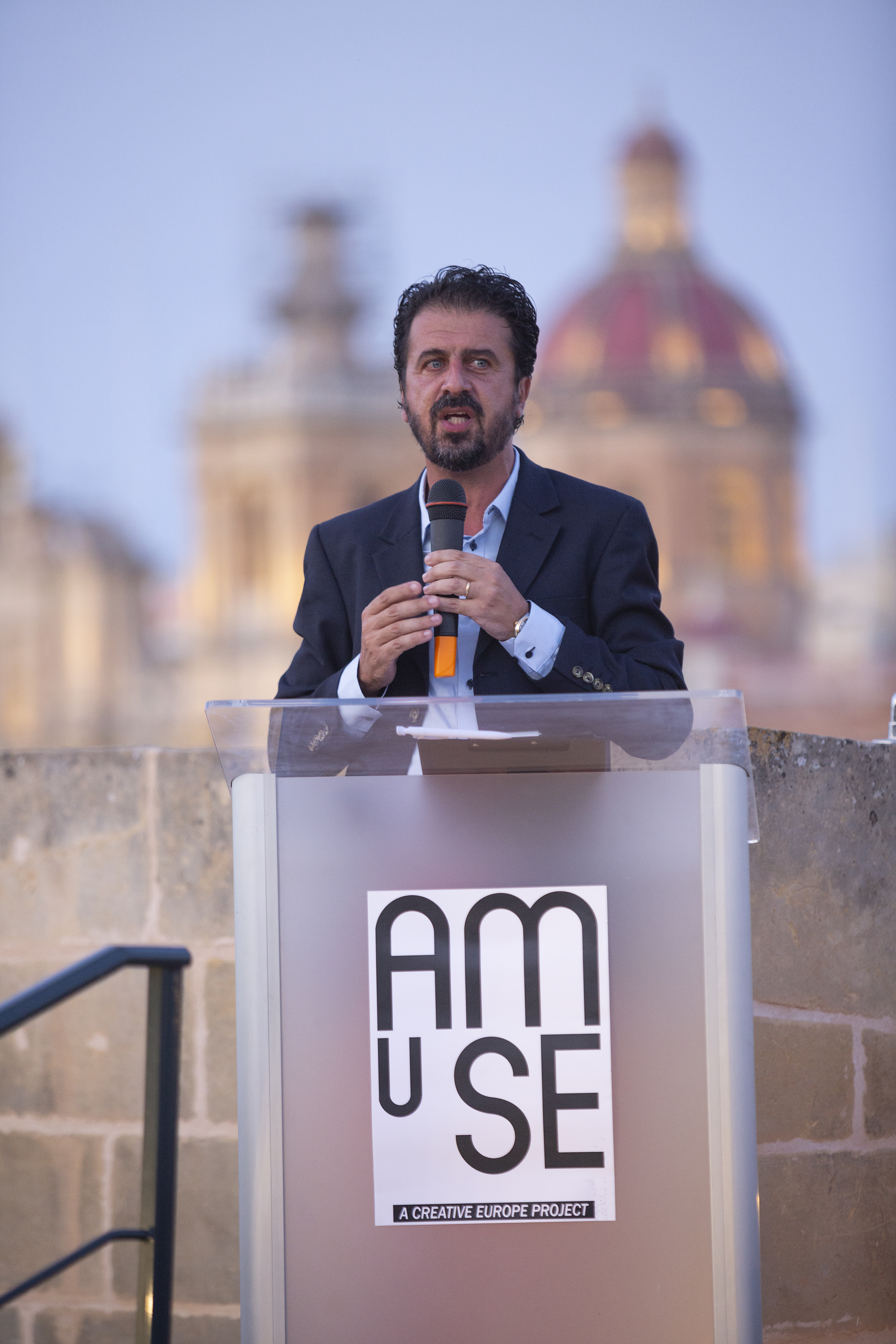 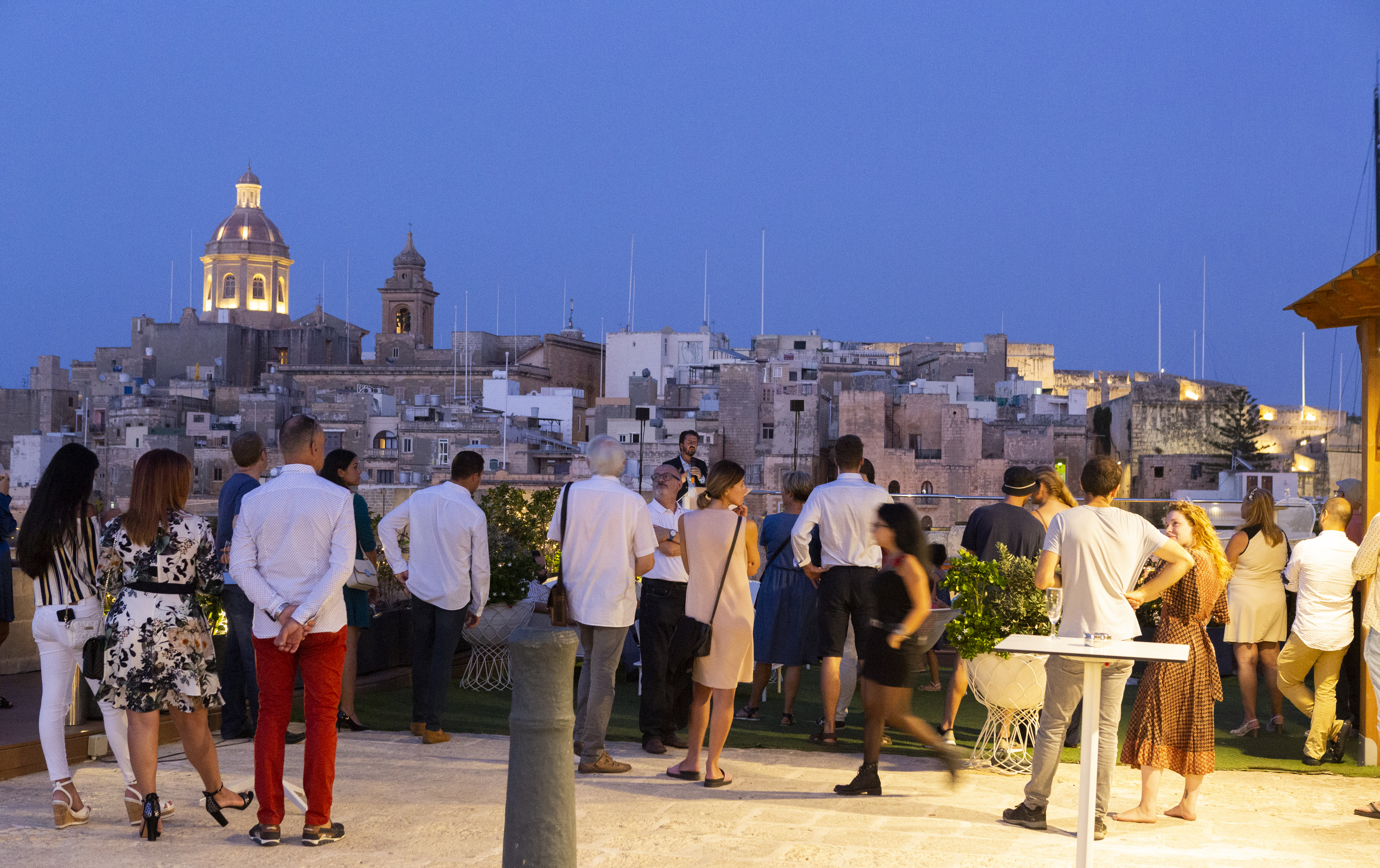 The second of three events was ‘SensitIV’, which consisted of an interactive concert by the Goldberg Ensemble, under the direction of Maestro Michael Laus and with a composition by Christopher Muscat. The performance of the work made use of different areas of the Palazzo de la Salle, giving the audience the opportunity to appreciate the historical setting to the full. The work was performed by the Goldberg Ensemble, which for this occasion consisted of a 16-strong choir, Nadia Debono and Daniel Cauchi, Principal Viola and Principal Percussion of the MPO respectively, and Joseph Debono, who was in charge of the electronic effects. Michael Laus, Resident Conductor of the Malta Philharmonic Orchestra, directed the event and also played the piano solo part. The composition was a multi-sensory work that incorporated an unorthodox combination of performers with live electronics and lighting effects, which formed an integral part of this work. 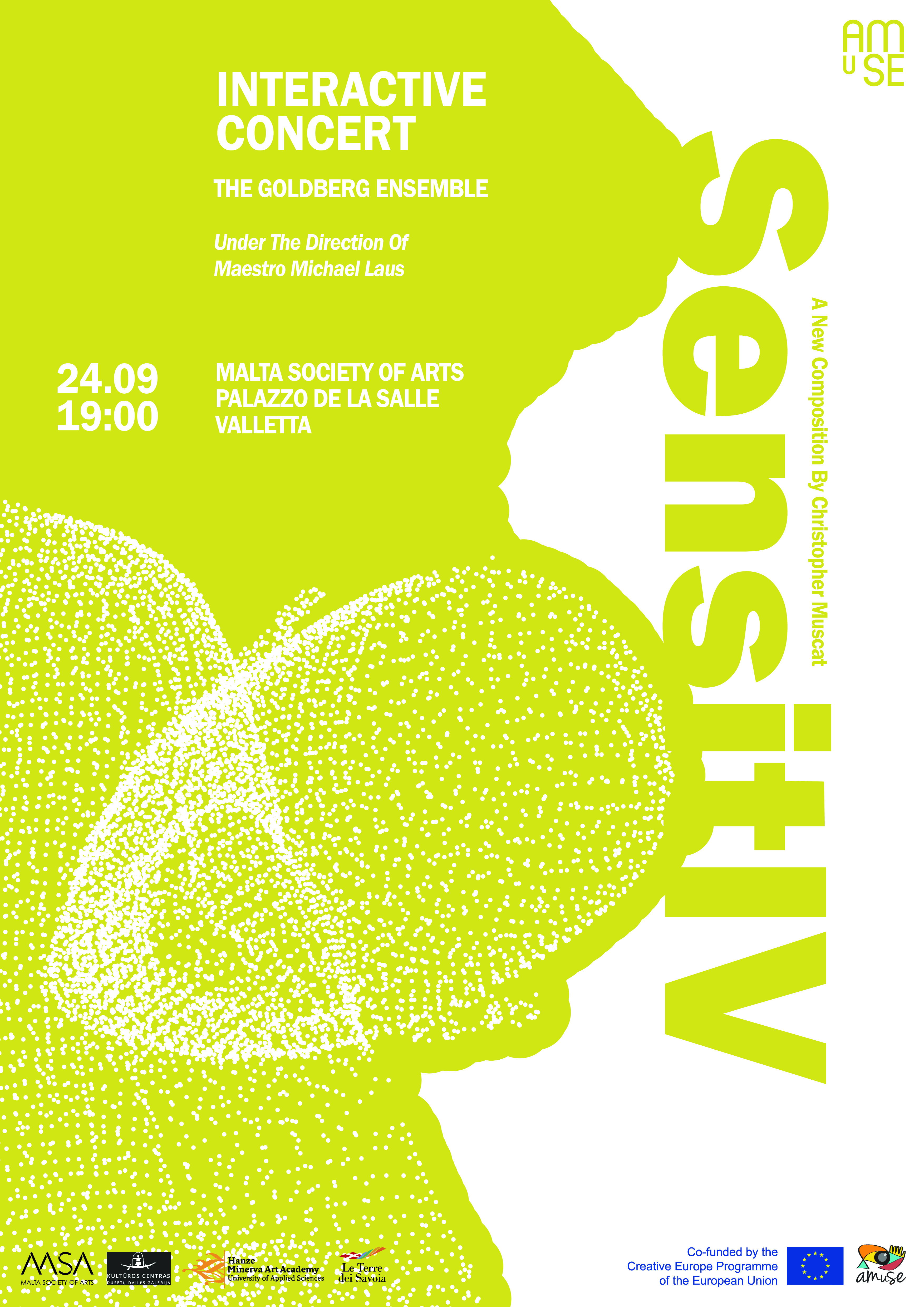 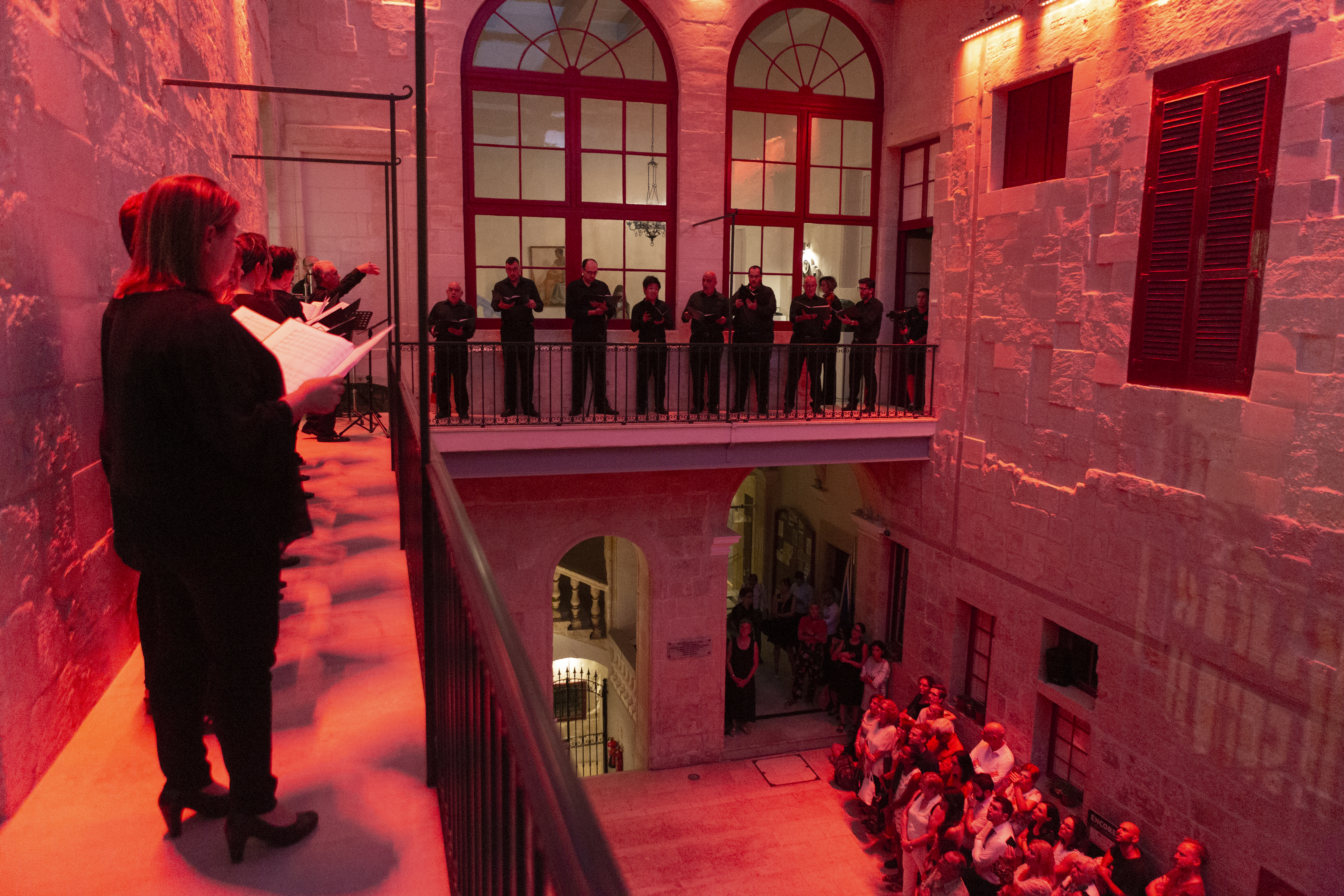 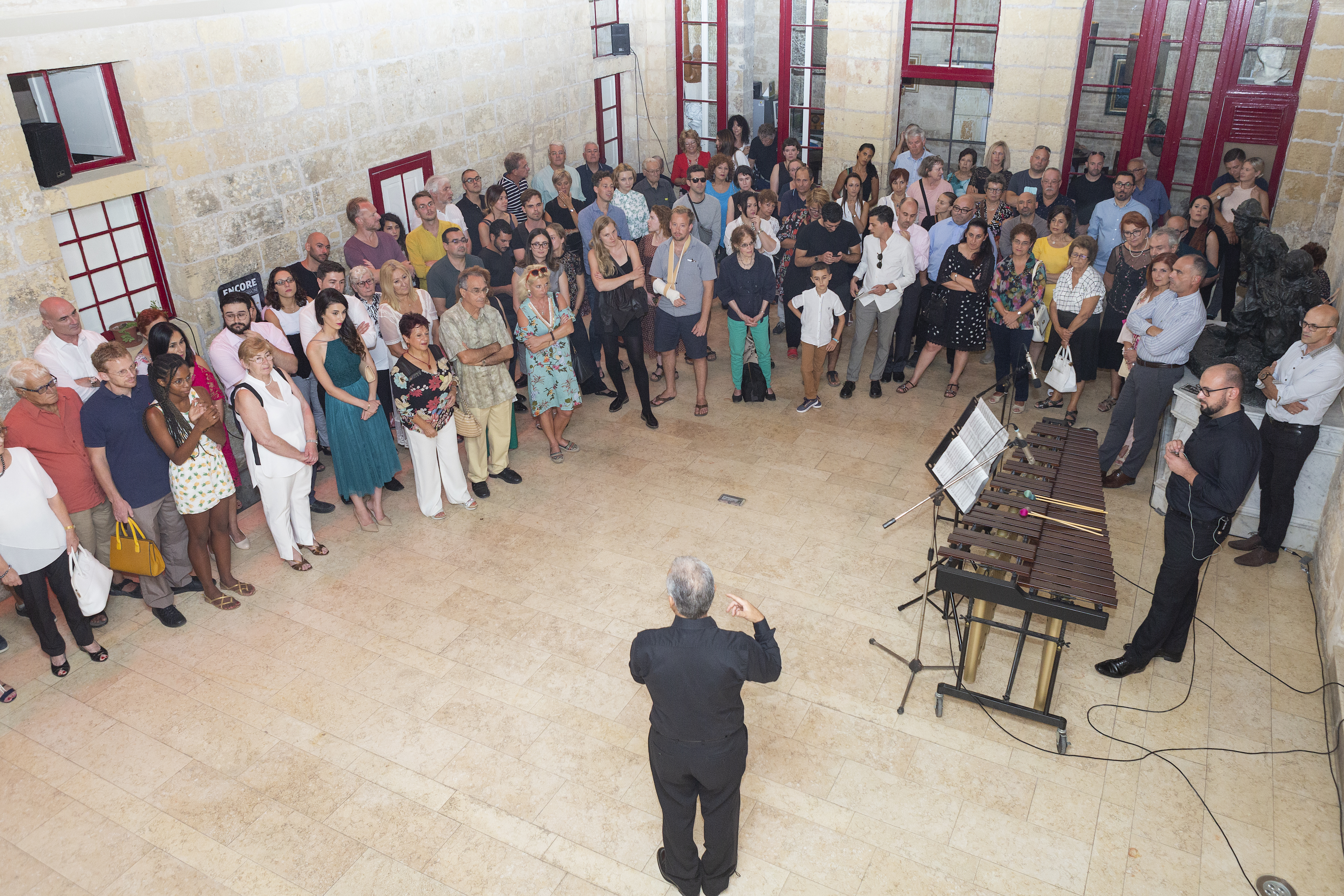 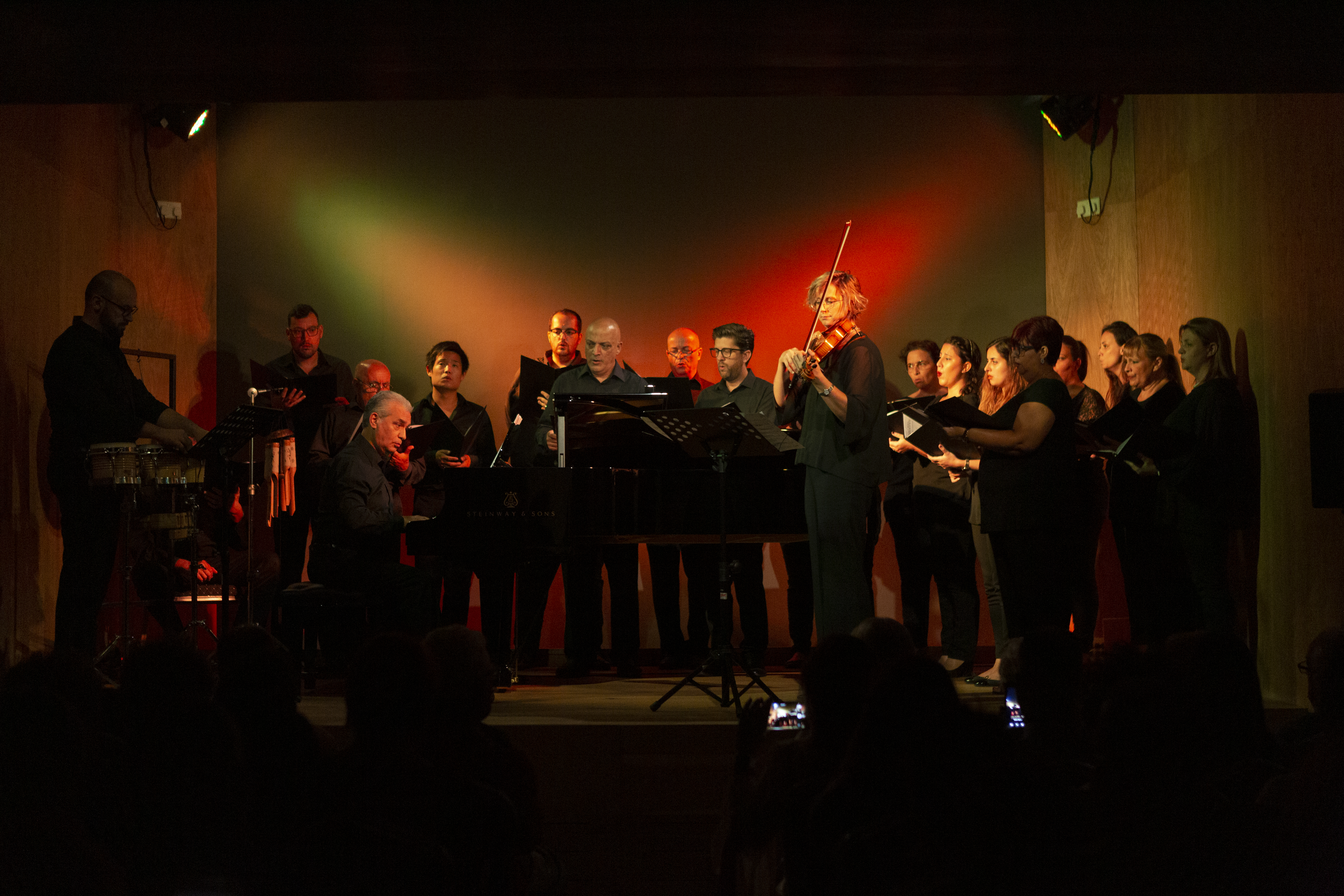 The final exhibition consists of a constellation of artistic works that were created during three artist-in-residence programmes that took place over the last two years in the three European partner countries –the Associazione Le Terre dei Savoia (Italy), Hanze University of Applied Sciences (The Netherlands) and Dusetos Cultural Centre (Lithuania). The month-long show will be divided into three sections according to the themes that emerged during the country-specific artist residencies: Organic, Man-Made and Traces. The three themes will now merge into a single exhibition with the underlying themes of the community, and the ideological and cultural contexts that form aspects of the European identity, all under the umbrella theme of multisensoriality. 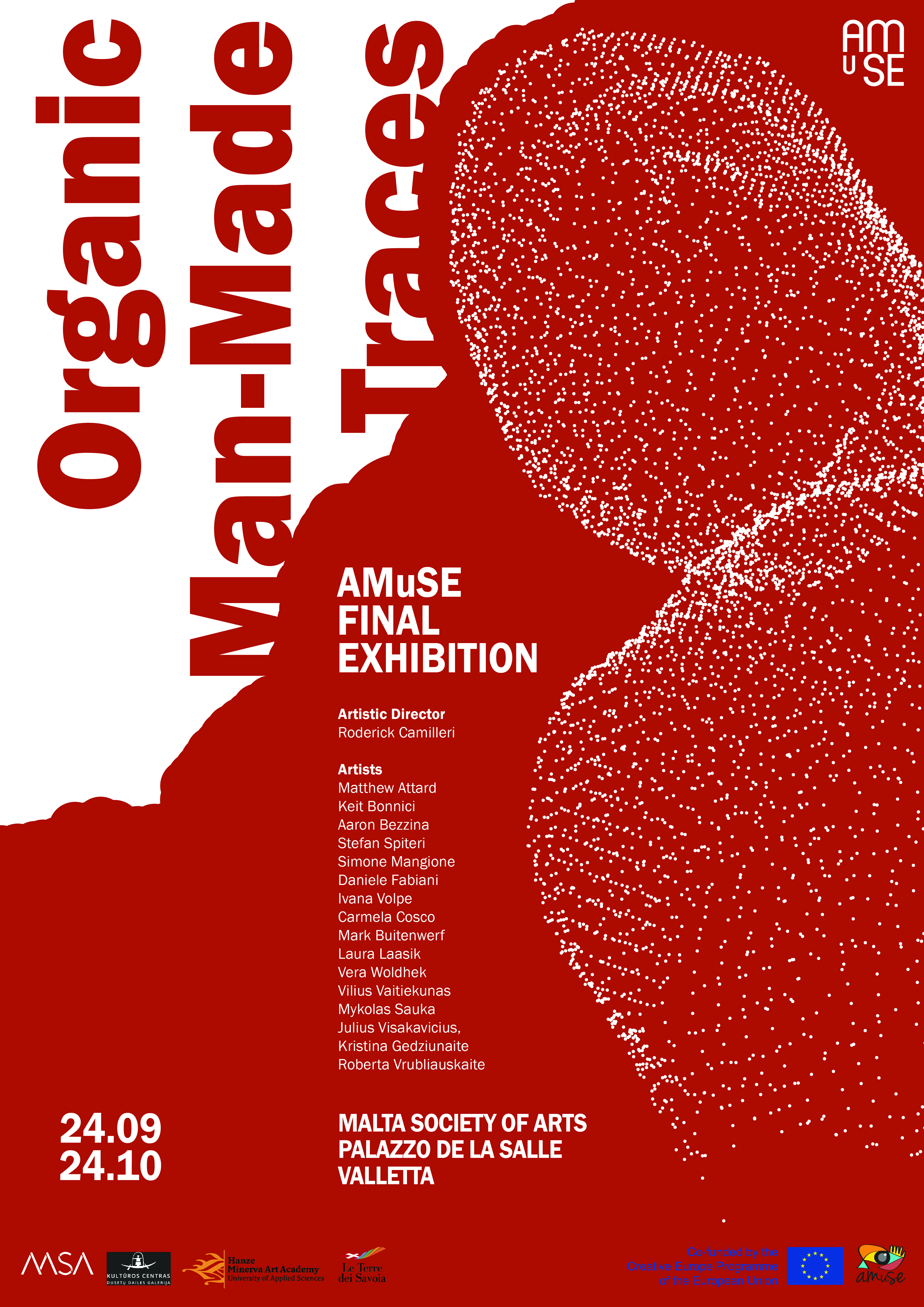 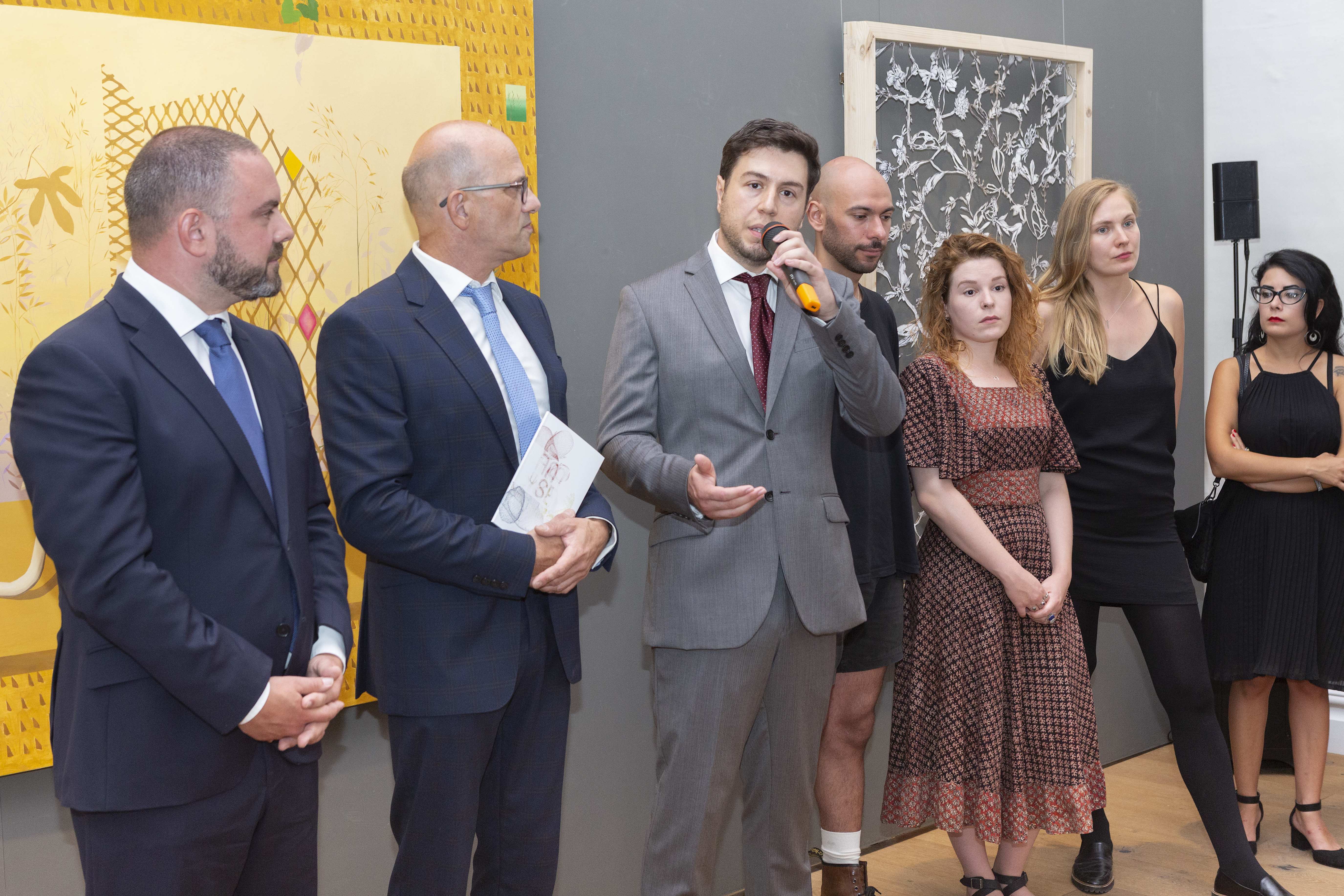 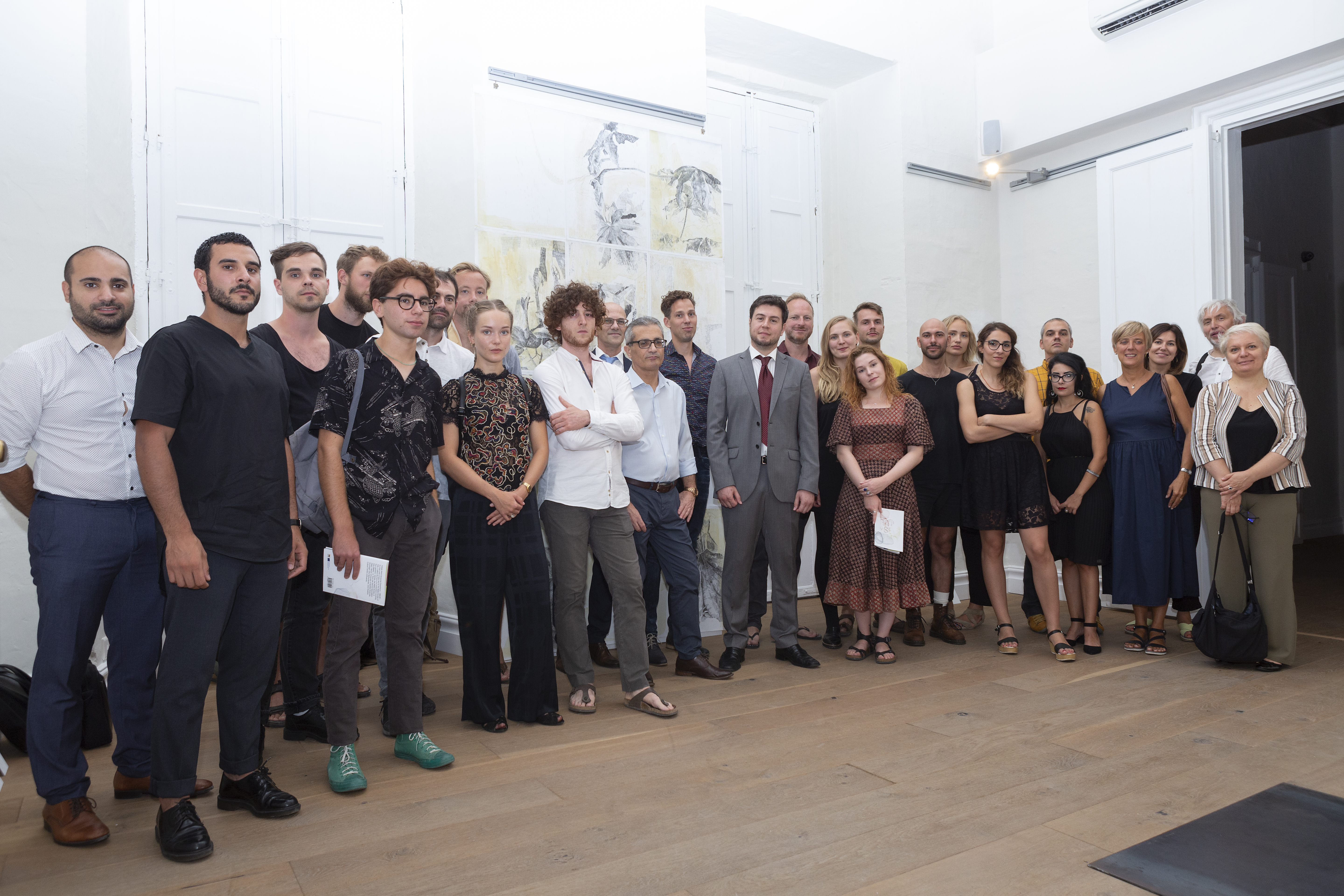 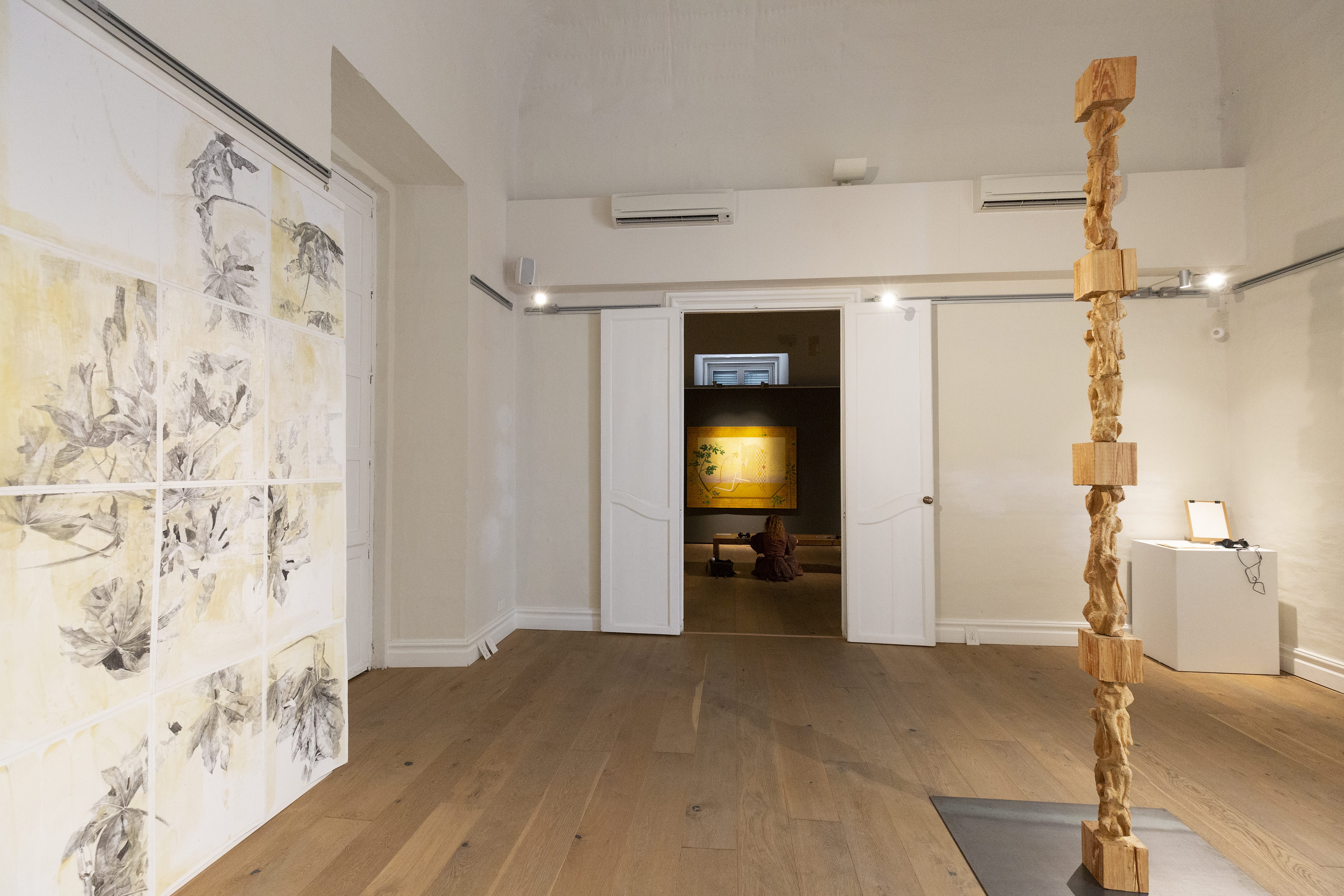 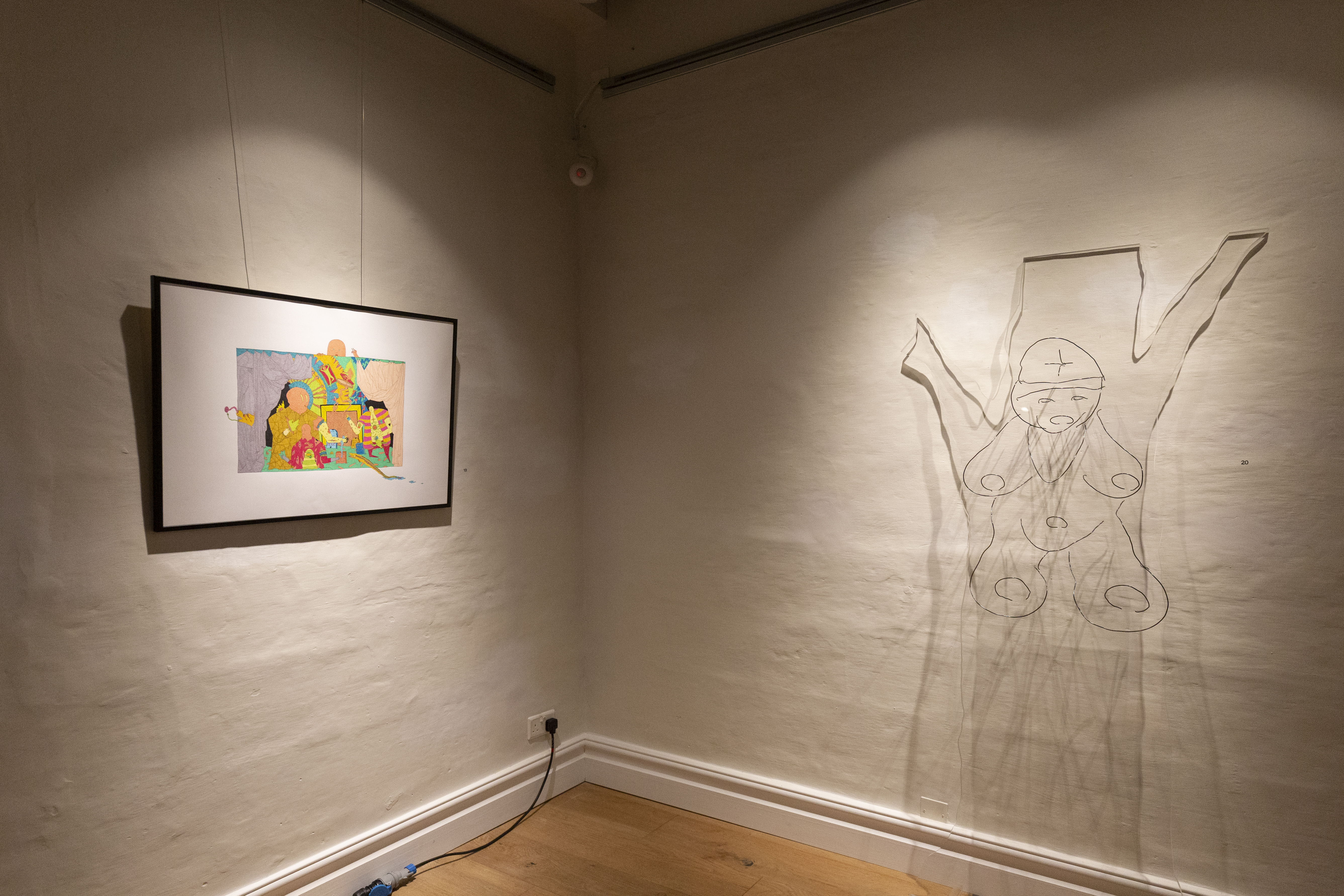