Five artists exhibiting solo for the first time at MSA

The Malta Society of Arts (MSA) at its premises, Palazzo de La Salle, Republic Street, Valletta, is organising, in line with its policy of promoting new talent, the First-Time Solo Art Exhibition featuring five artists who have expressed themselves in Sculpture, painting and photography among other art genres. 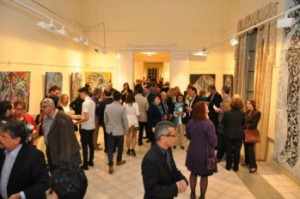 Five individual exhibition halls within the magnificent palazzo are hosting these artists: Aaron Bezzina, Gabriel Buttigieg, Kerstin Arnemann,Sam Falzon and Samuel Sultana. Their work can be viewed up to Friday, 19 December, 2014, at Palazzo de La Salle.

MSA President Dr Vince Briffa said at the opening on Thursday, 13 November, 2014: “The MSA prides itself in acting as a catalyst for debate concerning young art as well as being the springboard for young artists who are serious about their work and are set on a solid launch of their artistic career. I am positive that we will bear witness to much more work coming from these five young artists in the years to come and augur them all the success and recognition they deserve.”

Each artist is being given the opportunity to exhibit ten works and, as the exhibition’s Curator Eman Grima said: “We set out to promote works for their originality, creativity, innovation and artistic expression and after an arduous task of evaluating the works of 45 artists, the Selection Committee set their eyes on these 5 artists.”

Aaron Bezzina’s installations present a set of sculptural compositions in mixed media. These works are aesthetically stimulating, featuring unusual three dimensional contraptions. These works speak ironically or comically of conventions and ideologies which inform the rational fabric of our society, whilst simultaneously revealing the incongruous and absurdity of reality. Through these works, the artist expresses a playful discourse which stimulates reflection on ideas which exist in a dialectical tension within our worldview. 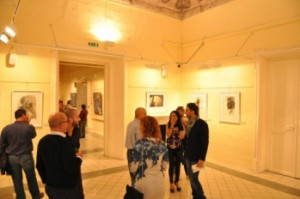 Kersten Arnemann’s photographs are intriguing for they reach an imaginative understanding of the essence of architectonic structures or compositions. Her work is remarkable for its use of light and shade, tonal value and chiaroscuro, used to emphasize the appeal of structural form. It goes beyond a stale game of patterns and lines. Her work speaks the language of minimalism, exposing starkness of form and the exploring the paradox of complexity within simplicity.

The work presented by Gabriel Buttigieg is accentuated with a psychological streak delving into a concern for the human being. These drawings and paintings capture states of mind. They represent particular gripping features or characteristics of the subject matter. These works can be seen as visual interpretation and an exploration of the human psyche, an expression which tries to disclose underlying facets of the subject, as seen through the eyes of the artist. 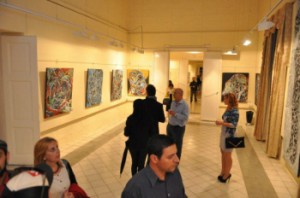 The series of paintings produced by Sam Falzon is another set of appealing works. They are an ensemble of images featuring stylized representative compositions and abstract paintings which articulate an abstraction of primary colours and a simplification of vivacious geometrical and organic forms. These paintings have a particular lure and address the decorative or ornamental aspect. They appeal more to the senses than the intellect. The colourful use of shapes and jagged rhythmical patterns create a pictorial language which recalls what Kandinsky referred to as the emotional intensity of music.

The paintings of Samuel Sultana draw their inspiration from mythology, derived from of the Pacific region, especially the tradition of the Maori. The aesthetic of these works combine swerving planes, forms and lines into an organic composition, more often than not in blue monochromes or jolting strokes of primary colours, which picture epic creatures or dynamic abstract compositions. These paintings highlight the role of myth as a striking medium, a source which tries to come to terms with the irrational, quixotic or unfathomable facets of reality. 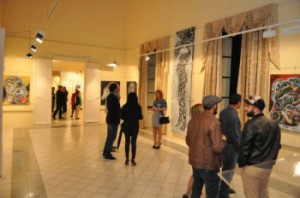 All the works showcased in this exhibition present an inventive expression, and reveal routes of intellectual discovery which disclose new possibilities for thought and inspiration. Moreover, they highlight a stimulating event which marks the beginning of a series of activities organised by the MSA, in order to inject new opportunities for local talent, establishing a fresh and fruitful platform for artistic creativity.