The Gold of Malta – Exhibition by Martine Rigaud-Busuttil 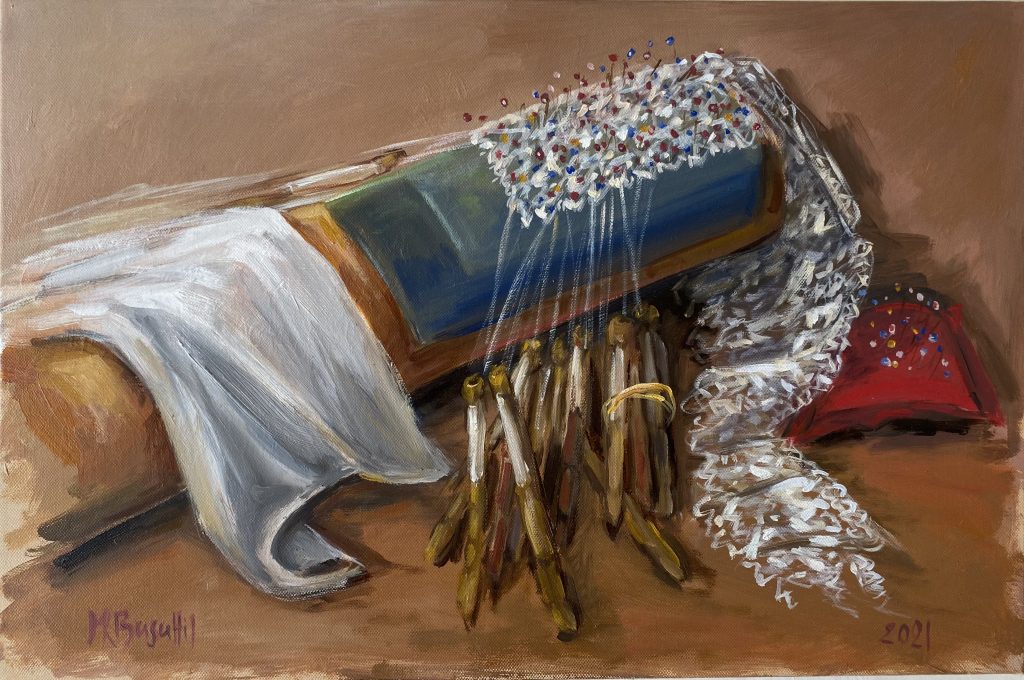 The Gold of Malta

Summer Opening Hours:
Mondays and Fridays: 8am to 7pm
Tuesdays, Wednesdays and Thursdays: 8am to Noon and 4pm to 7pm
Saturdays: 10am to 1pm
Sunday & Public Holidays: Closed

The Gold of Malta or L’Or De Malte or Id-Deheb ta’ Malta is an exhibition of sketches and paintings created when the artist Martine Rigaud-Busuttil spent one year with the Maltese lace-makers of the Malta Society of Arts during the time of COVID-19. 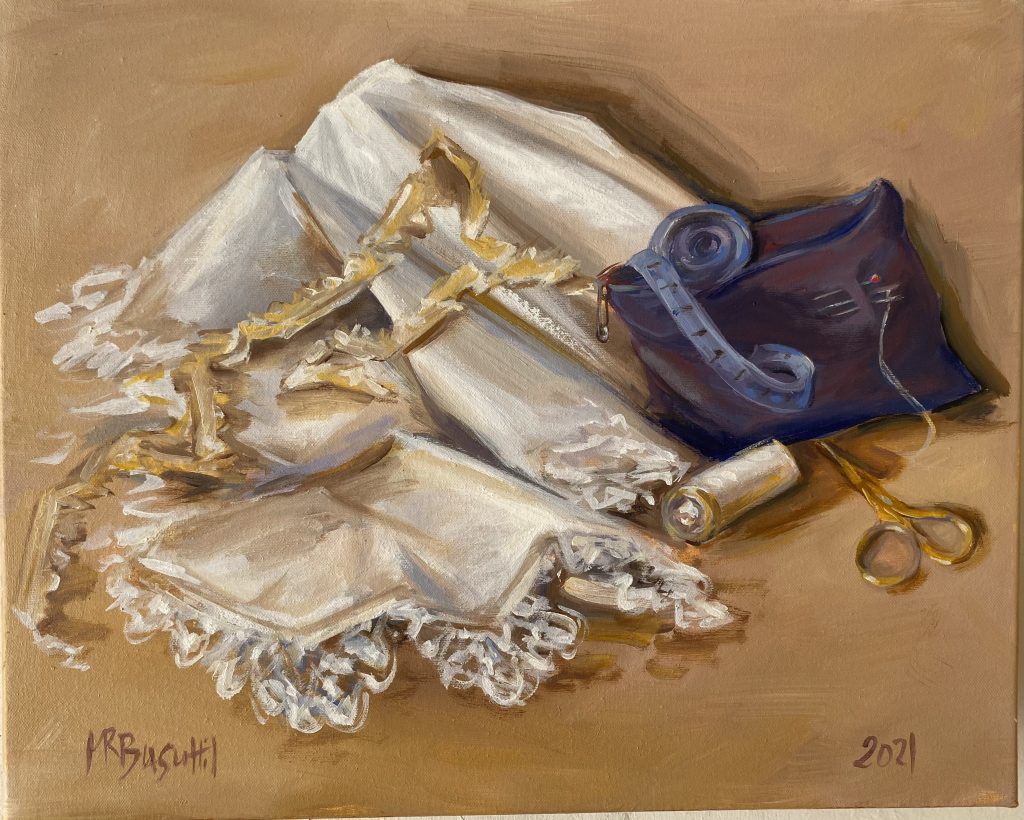 Note from the artist Martine Rigaud-Busuttil:

“When I was younger I had the opportunity to visit a Fine Arts Museum in Alençon (Normandy/France). I was very amazed by an historical and marvellous, magnificent collection of needle lace, which was called: ‘The Queen of the Laces and the Lace for the Queens’.

A long time after, as a tourist in Malta, I saw by chance, a woman sitting in her courtyard in Gozo. In fleeting beats, multiple wooden bobbins were flying from her hands to an upright lace pillow set against a wall in front of her.

In 2021, during the Covid-19 pandemic, I met some Maltese lace-makers at Palazzo de La Salle in Valletta. They allowed me to sketch them during several months, acting in complete confidence as a witness of their magic secrets.

They made me rediscover this nearly lost art, through their passion and their high-level mastery and skills.

They used their bobbins and threads, I used my pencils and brushes.”

The most ancient pieces of lace found in some graves of Thebes (Egypt) were knotted hairnets from 2500 years BC. Bobbins and embroidered laces were revealed in Egyptian Coptic tombs on a wooden frame with pegs to hold the threads separately.

It is said that the Crusaders brought some laces with them from the Levant, when it came that lace garments were very appreciated by churchmen in many religious events. But it is only during the 16th century that needle laces and bobbin laces were widespread through the development of commerce and trade by maritime centres as Venice, Genoa (Italy). In Venice the lace was called “Punto in aria “(stiches in the air). Lace started embellishing women’s and men’s collars and cuffs as it reflected sophisticated tastes and fashions of the aristocracy of those days.

Catherine de Medici brought lace makers with her, when she married in 1533 in Marseille (France) with the Dauphin de France (who became the king Henry II). When the lace was very demanded in Malta by the clergy and the Maltese nobility, the Knights of Malta provided a lot of lace from France, Belgium and Italy.

Till the 17th century, needle lace was used more for Summer, and bobbin lace more for Winter.

From wedding veils to altar decorations, lace has always been appreciated as a precious fabric with different methods and various fibres.

Maltese lace is not only a traditional craft, it came to an Art with its magic secrets, delivered by talented lace-makers sharing their wonderful creativity, fully dedicated to their artistic commitment.