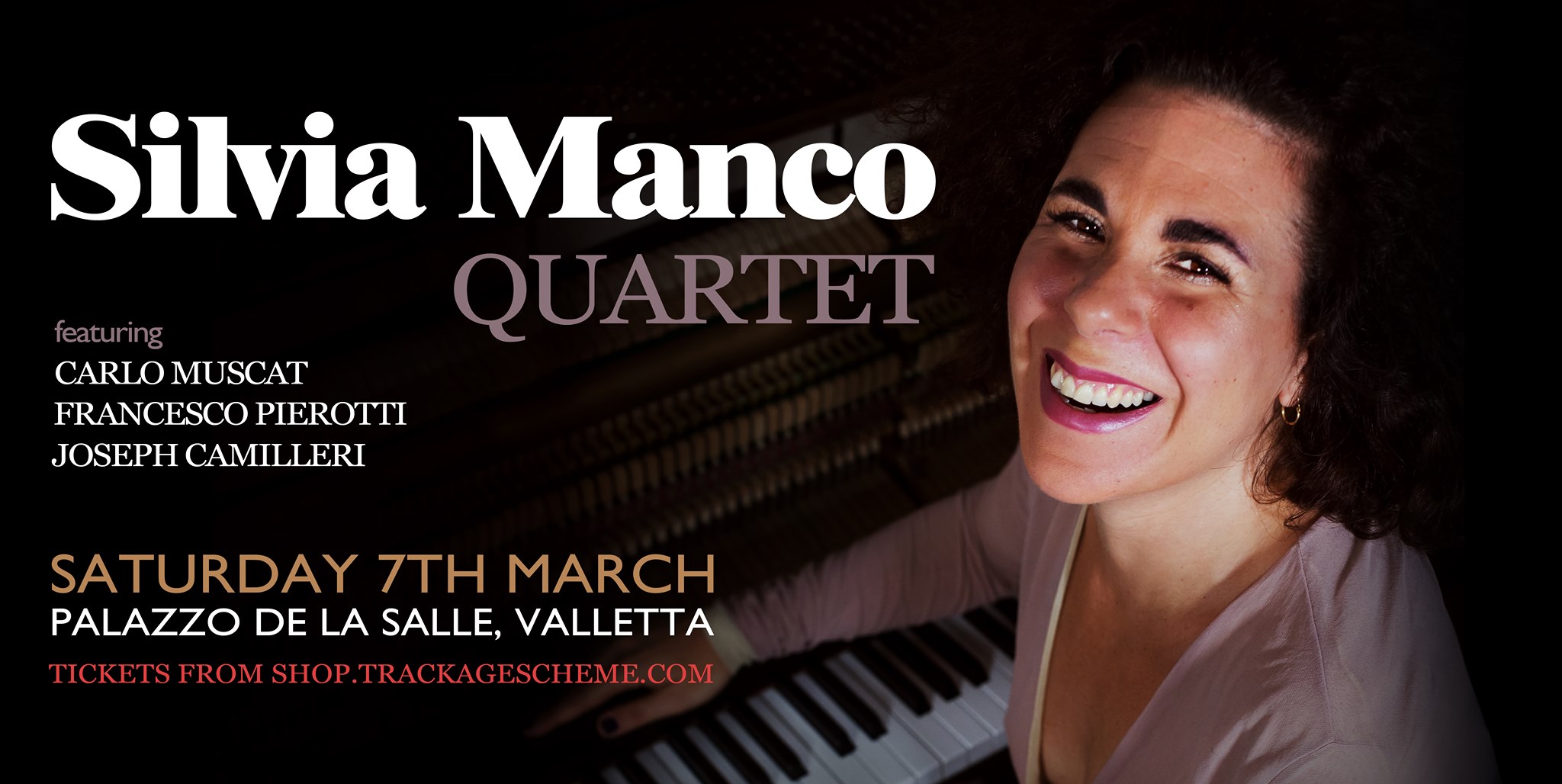 On Saturday 7th March, the Silvia Manco Quartet will be in concert at our Concert Hall in Palazzo De La Salle in Valletta. The Italian pianist and singer will be joined by Francesco Pierotti on bass, Carlo Muscat on saxophone, and Joseph Camilleri at the drums.Pre-purchasing of tickets is highly recommended due to a limited number of available seats: https://bit.ly/2TdVdhVFor more information, please email hello@maltajazzschool.com, or message (WhatsApp or SMS) on 79271869.

About Silvia Manco A pianist, singer, composer and arranger, Silvia Manco’s passion for the study of the piano has been of utmost importance ever since she was a toddler, with her very first public performances taking place aside her father who provided her with an amazing repertoire and a rich stock of standard jazz, bossa nova and international evergreens.Driven by her appeal to jazz, at the age of 19 she decided to move to Rome, a city which turned out to be the place where she will first deepen her music studies, and where she gets to meet and befriend some major artists, giving her the encouragement to put together a trio bearing her very name.She performed in many international venues in festivals and jazz clubs in Europe, Russia, South Africa, Montecarlo, and Dubai. The trio, a formation which represents the quest of a well-rooted sound in jazz tradition,stands out for its vast repertoire of standard songs. On the other hand, Manco’s original compositions – with lyrics in English, French and Italian – harmoniously veer towards a modern style and are imbued with elements of contemporary.Fruitful phases of composing, arranging and elaborating, aligned with numerous concerts activities, contributed and led to the release of her first album in 2007, titled “Big City Is For Me” followed by the second album “Afternoon Songs”, released in 2010. This second release was produced by Roberto Gatto, the famous Italian jazz drummer. Other albums followed, with “Suddenly It’s Christmas Time” in 2011, “Casa Azul” in 2012 and “Hunger and Love” in 2015.Her latest release came in February 2019, called “Hip! The Blossom Dearie Songbook”, featuring Silvia Manco with her New York trio (Dezron L Douglas on double bass and Jerome Jennings on drums), and with the contribution of two extraordinary special guests: Enrico Rava and Max Ionata. In this album she collects the legacy of Blossom Dearie, the most continental of American pianists and vocalists, embracing this timeless repertoire with a touch of contemporaneity, which demonstrates her attitude as a true band leader.