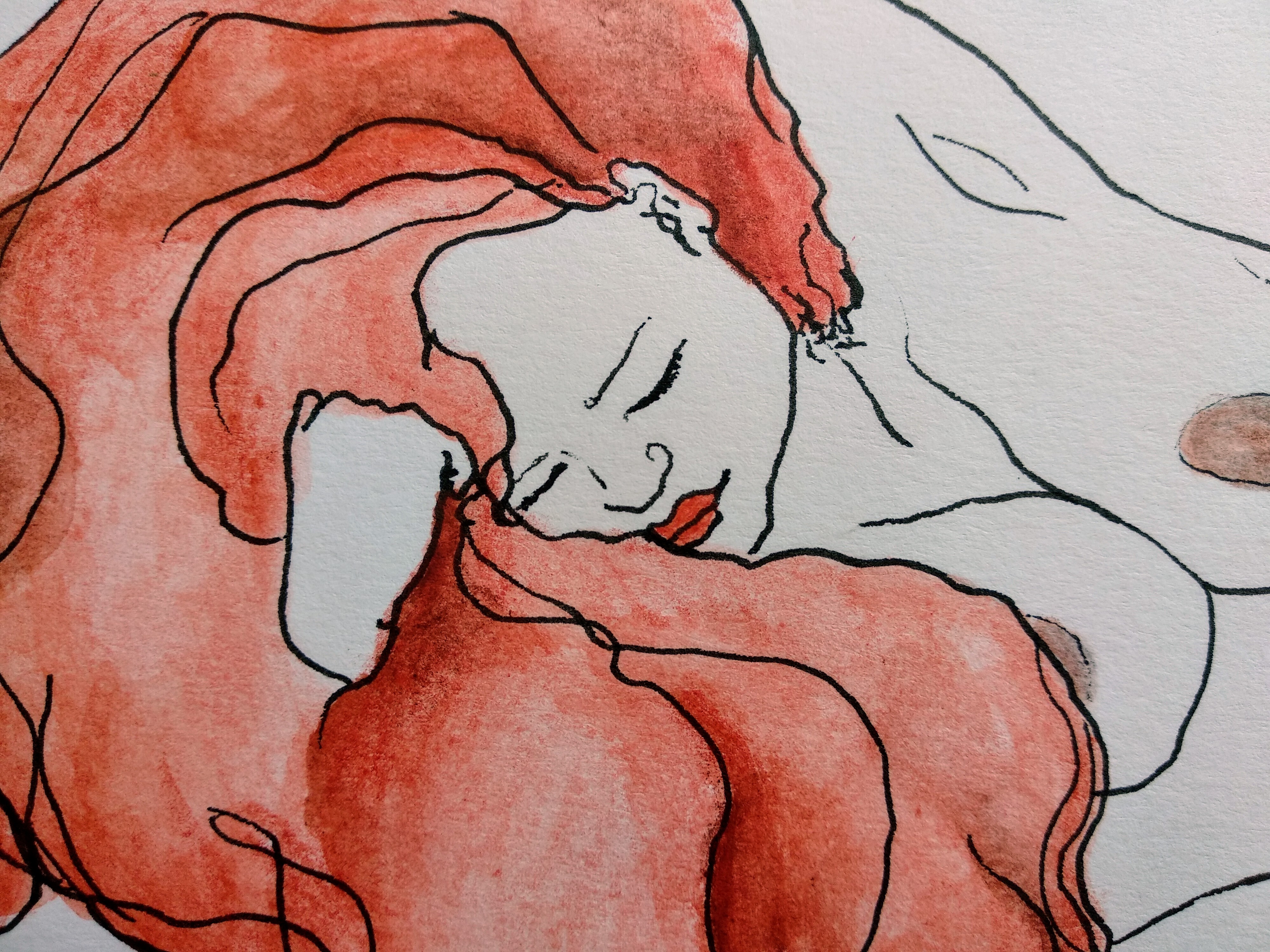 In Andreana Boldarini’s first solo exhibition, the female form is portrayed uniquely from a female perspective and glorified for its sinuous curves. Boldarini prefers to be unshackled by a model and allow her imagination and the brush to dictate the contours of the outlines being represented. The ubiquitous use of the colour red can convey a variety of meanings that is open to interpretation but also dictated by the figures’ gestures and poses.

Andreana Boldarini (b. 1982) is a self-taught artist with her forte being the portrayal of the nude female form and her unbridled creativity. Her love for travel, museums and art led her to read for a degree in History of Art at the University of Malta graduating in 2005. She has also spent six months in Verona on a scholarship, exploring the city and its environs. Andreana has a kind soul, having worked for a year for the NGO Inspire Foundation and donated works for fund-raising exhibitions.Andreana works in a variety of media including acrylic and oil paints, ink, watercolour and aquarelle. She was tutored by the late Isabelle Borg, Caesar Attard, as well as Joseph Paul Cassar before his move to the United States. She has in the past participated in several collective exhibitions organised by BOV. The multi-talented Andreana has also worked for two years as a freelance comic strip sketch artist contributing weekly drawings for the online portal for the local newspaper IL-GENSillum and as a costume designer for several local productions as well as a dressmaker for historical re-enactments. Being a twin, Andreana shares her passion for art with her sister. Her artistic fervour is infectious, especially her passion for the human form. This is why her first solo exhibition is proposed to exhibit female nudes, titled ‘Red’, a colour that can convey in a variety of meanings. The female form is here glorified for its sinuous curves, portrayed uniquely from a female perspective. Although she has attended the Malta School of Art for three years, has studied under Anton Calleja, and attended some life nude classes at Patrick Dalli’s art studio, she prefers to be unshackled by a model and allow her imagination and the brush to dictate the contours of the outlines being represented.Andreana would like to thank KPMG in Malta and People And Skin who have sponsored this exhibition.