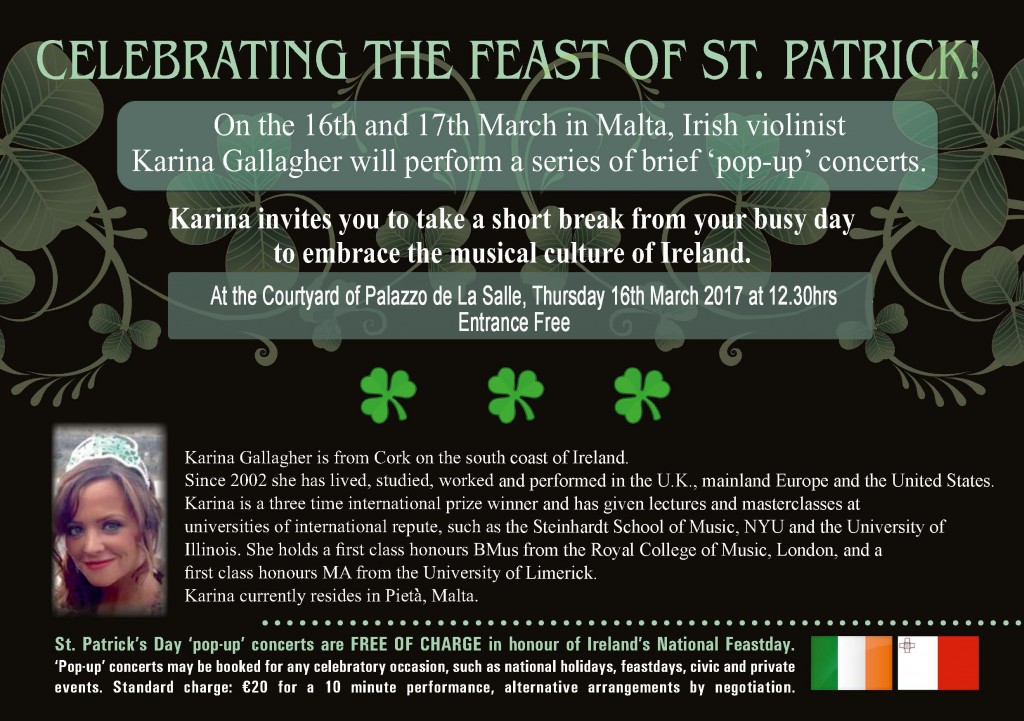 On Thursday 16th January, join us for a pop-up concert by Irish Violinist Karina Gallagher who will be giving a short concert on the occasion of the Feast of St Patrick.

The concert is free of charge and will be held at the MSA’s Courtyard at 12:30pm.

You can pop by in your lunch break to have your culture dose for the day!

Irish violinist Karina Gallagher graduated with a 1st Class Honours BMus from the Royal College of Music, London where she won the prestigious RCM Concerto Competition. She subsequently graduated with a 1st Class Honours MA from the University of Limerick under the guidance of Mariana Sirbu, Dr Ferenc Szucs and Dr Bruno Giuranna achieving the highest result ever awarded for a final recital. Karina furthered her skills with advanced training from Salvatore Accardo at the Accademia Walter Stauffer in Cremona, from Massimo Quarta at the Conservatorio della Svizzera Italiano in Lugano, and from Daniel Rubenstein at the Institute de Musique Eugene Ysaye in Brussels. 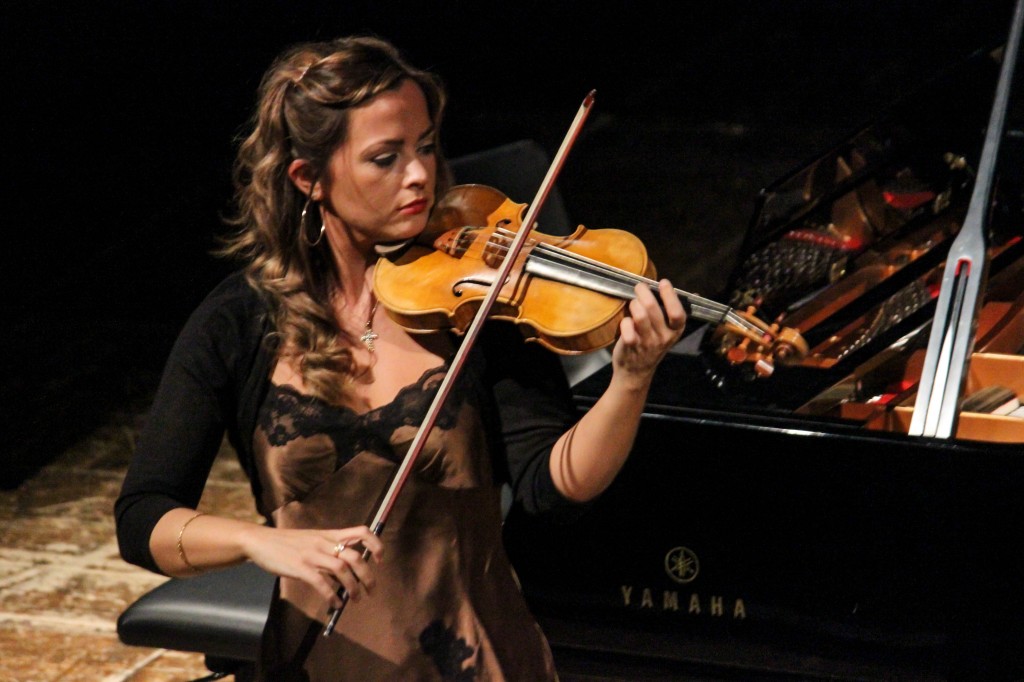 Upon completion of her European studies, she served as teaching assistant to international virtuoso Stefan Milenkovich at the University of Illinois, and also held the position of String Department Teaching Assistant and the Mancini Fellowship at the Frost School of Music, University of Miami, Florida.

Furthering her passion for teaching, in 2016 Karina delivered a series of masterclasses and workshops at several third level institutions in the U.S., including the renowned Steinhardt School of Music, New York University. Karina has collaborated with outstanding string artists including Massimo Quarta, Tobias Gossmann, Toby Hoffman, Vittorio Ceccanti and Dan Cavassi.

Since 2014 Karina performs with her sister Aiveen in the international award winning violin and viola ensemble Collailm Duo. Since their debut in the Vilnius State Theatre, Collailm has performed at many iconic and historic venues in Europe, such as the Teatro Rossini (Puglia), Cité Internationale des Arts (Paris) and the spectacular St. Peter and Pauls (Krakow). The sisters have enjoyed considerable success on the international competition circuit during 2015, winning multiple prizes at Chamber Music Competitions in both France and Italy. Collailm Duo was the Irish representative in 2016 at the 43rd International Viola Congress in Cremona and are presently resident in Malta.