Mussorgsky’s Pictures at an Exhibition

Opening dates and times of the exhibition

Mussorgsky’s Pictures at an Exhibition will be performed on the 13 December 2019 at our Concert Hall by pianist Ramona Zammit Formosa. This will be followed by the inauguration of an art exhibition of works by Maestro Pawlu Grech. The event will also include a talk by Dr Silvio John Camilleri regarding Mro Grech’s paintings, some of which are being exhibited for the first time. 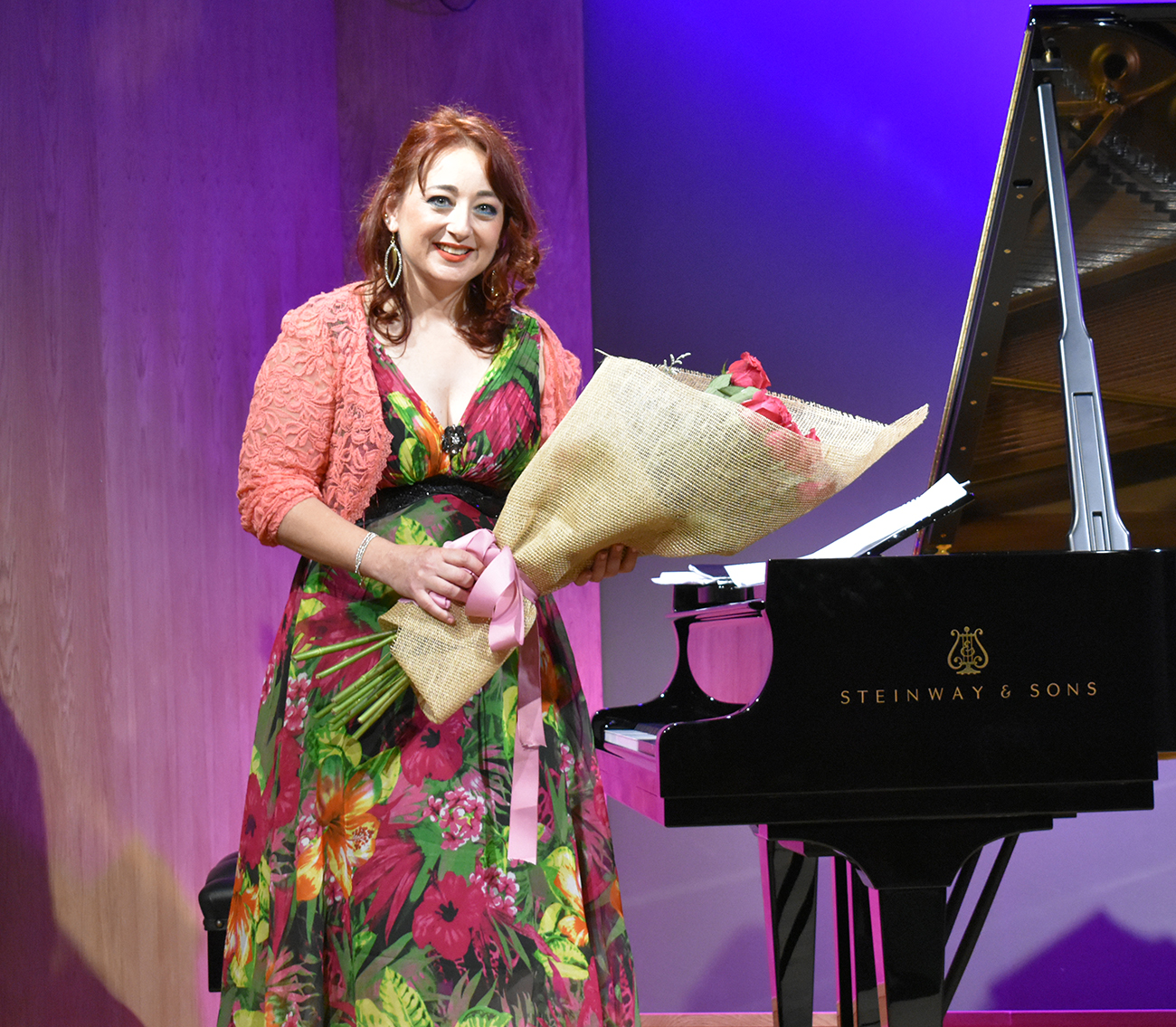 Pianist Ramona Zammit Formosa after a previous concert at MSA

Maestro Chevalier Pawlu Grech (b. 1938) pursued a career both as a composer and as a visual artist, having studied at the Conservatorio Santa Cecilia, the Royal Academy of Music and at Trinity College. His paintings were featured in collective exhibitions in London in the late sixties, and in 1985 he held a solo exhibition at the Yehudi Menuhin School in Surrey. Various solo exhibitions held in Malta and various countries. Following his sojourn in Rome and in London for thirty one years, Grech returned to Malta in the mid-eighties, and his artistic output was appraised in a publication by the late Chev. Emmanuel Fiorentino. In his art, Pawlu Grech seeks to liberate himself from the conventions of academic training. In this way he may be classified as one of the handful of Maltese artists who embraced twentieth century modernism in a period when this idiom was considered as outrageous by most people. He therefore ranks among the forerunners of abstraction in Malta. In the year 2000, in recognition of his contribution towards arts and culture, Pawlu Grech was appointed Chevalier Académique in Italy.

Ramona Zammit Formosa commenced her pianoforte studies in Malta with Fay Griscti Davies, in Holland with Prof Marcel Baudet, then in London with Byrce Morrison. She also studied the flute with Douglas Townshend and harpsichord with Helena Mowatt Brown. Besides the Renaissance and Baroque period, Ramona also specialized in 20th century and contemporary works for the harpsichord. On returning to Malta , Ramona continued studying the pianoforte repertoire with her mentor, artist and musician Pawlu Grech. With Mro Grech.Ramona also specialized on contemporary compositions for piano and also under his guidance performed his compositions. During the Biennale held in Malta in June 2005, Ramona gave the first-ever performance on the clavichords built by Dr.George Debono. Together with her husband Silvio Zammit, she has recorded CD s featuring works by Maltese composers Carmelo Pace and Charles Camilleri, and 18th and 19th century Malta-related compositions together with the Gukulari ensemble. She has recently recorded a solo album with the piano compositions of Carmelo Pace.

Ramona is a Fellow of the London College of Music and teaches at the Malta School of Music.