Tickets through Google Form below:
https://docs.google.com/forms/d/e/1FAIpQLScYp1iOaAy5TBviYa1Ij_djMXBbWH6pYgB3Cdu7qi-rUaRYpQ/viewform

Alessia Bonnici, a 17 year old pianist on the autism spectrum will be collaborating with a number of creative partners that have influenced her musical trajectory. The coming together of this diverse group of musicians will aim to cultivate a sense of freedom in local artistic expression while promoting the importance of social inclusion.

The concert will include solo pieces by composers like Chopin, Satie and Gershwin interpreted by Alessia on the piano. A delightful selection of quattro mani from Saint-Saëns’ Carnival of the Animals will be performed with Gabi Sultana, as well as participation from soprano Mariette Borg, baritone Miguel Rosales and composer/musician Jess Rymer.

This concert will propel the audience on a unique journey of expression and connection experienced through diverse musical encounters. 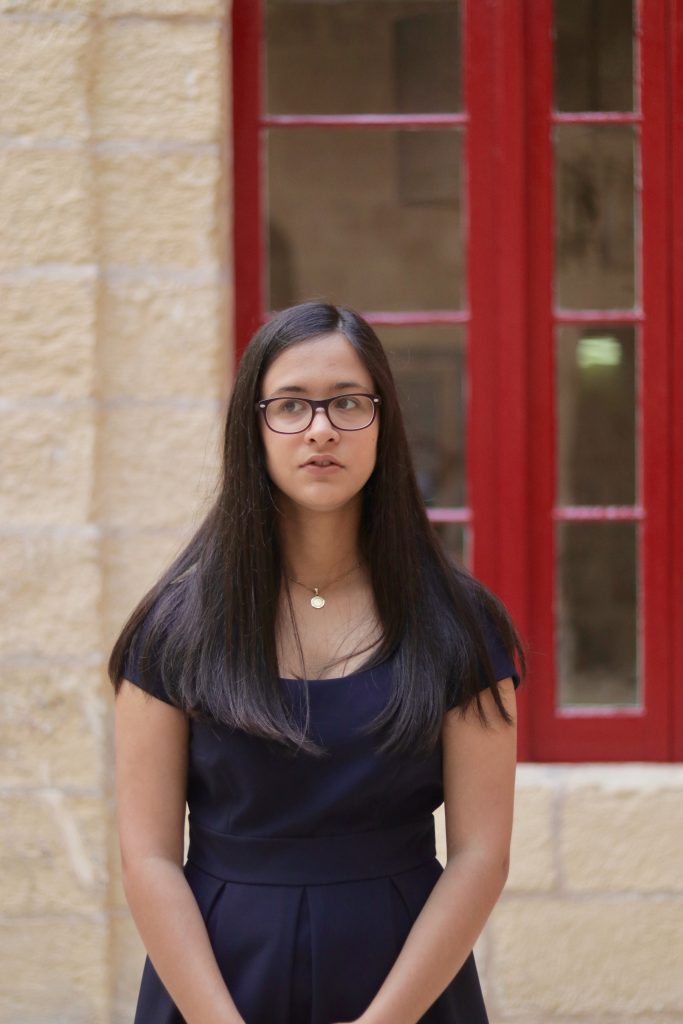 Teenage musician Alessia Bonnici has been exploring her love for music since 2012. She is a student at the Malta School of Music, currently reading for her Diploma in Piano and she’s also following a distance learning A Level course with Trinity Laban Conservatoire. Furthermore, Alessia is provided with additional theoretical support from Villabianca – Centre for Music & the Arts.

During her first 8 years at Malta School of Music, Alessia studied with Rosetta Debattista, an acclaimed pianist and Music Therapist. In 2021, she started being mentored by yet another internationally celebrated pianist, Gabi Sultana, who is exposing Alessia to an array of new exciting genres. Alessia has also studied intermittently with other professional pianists who have posed a significant influence in the shaping of her musical journey. These include Marcelle Zahra, Veronique Vella, Tom Armitage and Tricia Dawn Williams. Alessia’s passion for music compelled her to explore other instruments. Today she plays the violin at a grade 6 level, and she also plays the viola at grade 4 level.

This year Alessia was chosen as one of the Rising Stars, where she was given the honour to debut at the Manoel Theatre during the Malta Spring Festival. In 2021 supported by the Arts Council of Malta and AX Foundation amongst others, Alessia and her collaborators created Ale’s Project, where she performed Ilia Chkolnik’s Piano Concerto No. 1. Aiming at increasing awareness around the intersection of music and disability. In 2019, Alessia was also invited to perform in Teatru Ebe Stignani in Imola, Italy where she participated in a concert ‘I Bemolli Sono Blu’.

‘Music Speaks’ is part of a series of concerts, with the first production taking place in 2018 at Palazzo de La Salle in Valletta. 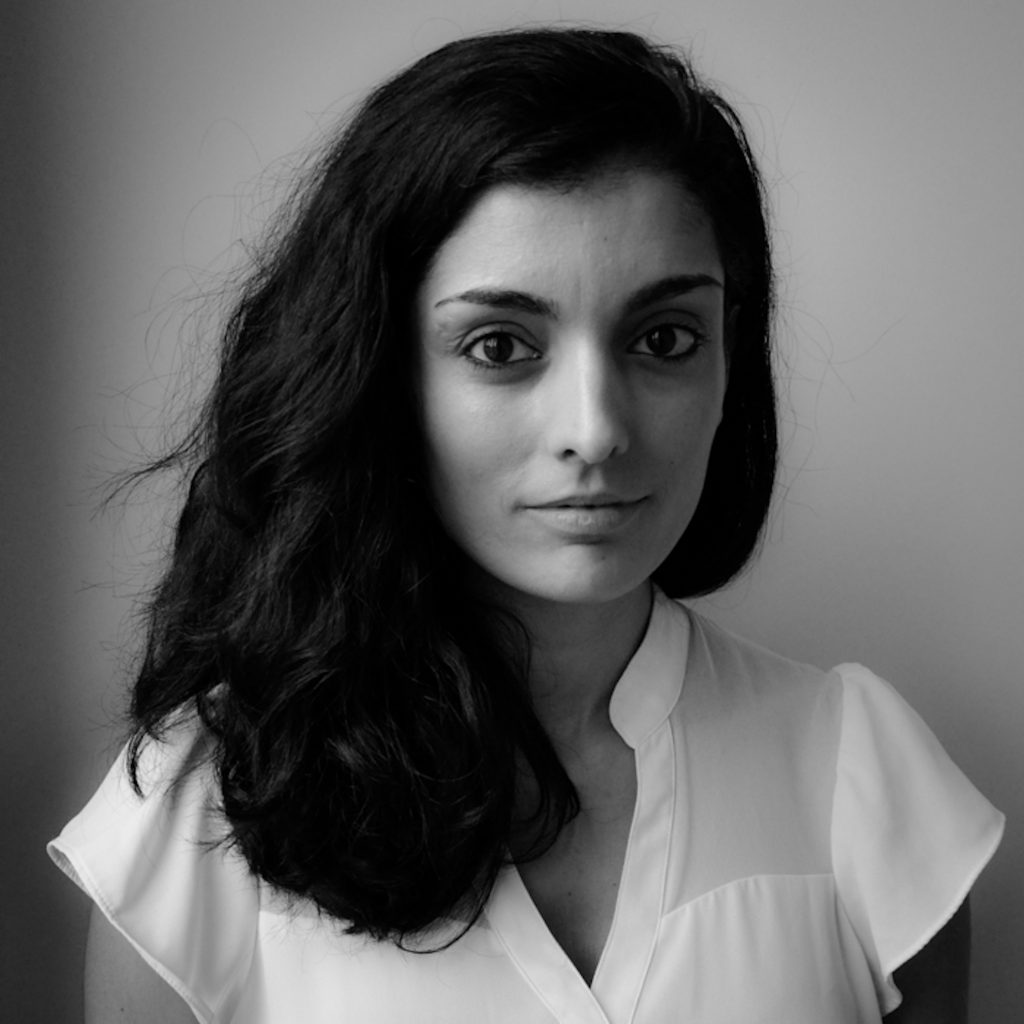 Described as “a demon of energy; yet one of impeccable articulation”, Maltese pianist Gabi Sultana, is an internationally acclaimed soloist and chamber musician, especially within the contemporary music scene. Her love for contemporary repertoire, experimental sounds and electronic music has led her to specialize in works composed circa 1950 to the present day. Her passion and ability to bring contemporary compositions to the public have earned her rave reviews from around the globe.

Gabi performed extensively in Europe, USA, Australia and Japan. She gave her Carnegie Hall solo debut in 2015, followed by her Australian debut at the Canberra International Music Festival in 2015 as a soloist and together with Ensemble Offspring; and her Japanese debut in 2016 with the Frank Nuyts Ad Hoc Ensemble. In 2018 she joined forced with electronic musician Peter Van Hoesen for Sourdoreille’s series “Variations” in Paris, in an ode to John Cage’s “Sonatas and Interludes”. Gabi is the pianist of SPECTRA Ensemble – one of Belgium’s leading contemporary music ensembles. Together they have performed at most major concert halls in Belgium and The Netherlands, as well as renowned international contemporary music festivals.

In 2021, she moved back to Malta after having lived abroad for 20 years. 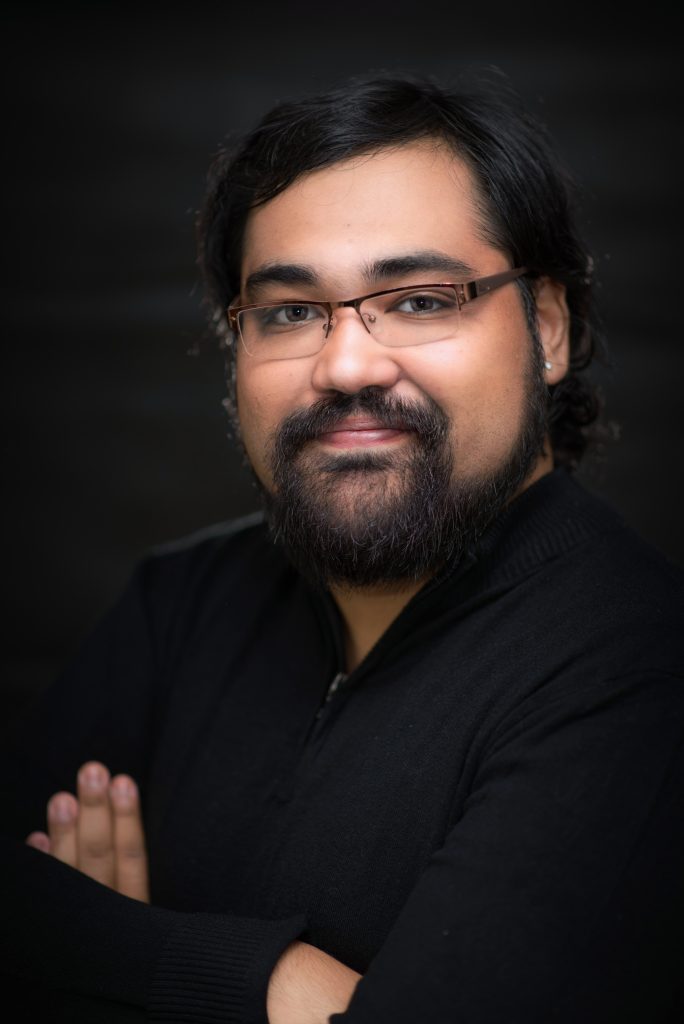 Miguel is a baritone who has been under the tutorship of Andriana Yordanova, Claire Massa, Miriam Gauci, Juliette Bisazza Zanni, and Gillian Zammit. He has also attended workshops and master classes with Miriam Cauchi, Verena Rein, Thomas E. Bauer, Uta Hielscher, Monique Krüs, Wolfgang Holzmair, and Kurt Ollmann. Miguel holds a B.A. (Hons) in Music Studies from the University of Malta, and has sung under the baton of many respectable conductors including Michael Laus, Robert Hodge, Philip Walsh, and Andreas Spering, amongst others. He has also performed as a soloist at local venues such as Teatru Salesjan, St Paul’s Anglican Pro-Cathedral, and St John’s Co-Cathedral in Valletta, and in the Kulturwald Festival in Blaibach, Bavaria (Germany).

Miguel formed part of the Teatru Manoel Youth Opera between 2014 and 2016. He first performed as Guglielmo in a concert version of Mozart’s Così fan tutte under the direction of Dr Hans-Jürgen Nagel, and has also made his on-stage operatic debut as Benoît and Alcindoro in the Teatru Astra’s 2015 production of Puccini’s La bohème. Other performed roles include Jupiter (Orpheus in the Underworld), Lady Jane (Patience), and Sargente & Doganiere (La bohème). He has also studied and performed a number of song cycles such as the Songs of Travel (Vaughan Williams) and Don Quichotte à Dulcinée (Ravel), as well as excerpts from cycles such as Myrthen (Schumann), and Six Songs from A Shropshire Lad (Butterworth). Miguel is a fan of relatively contemporary works, and has presented works from 20th and 21st Century composers such as John Cage, Erwin Schulhoff, Viktor Ullmann, and Philip Ciantar. 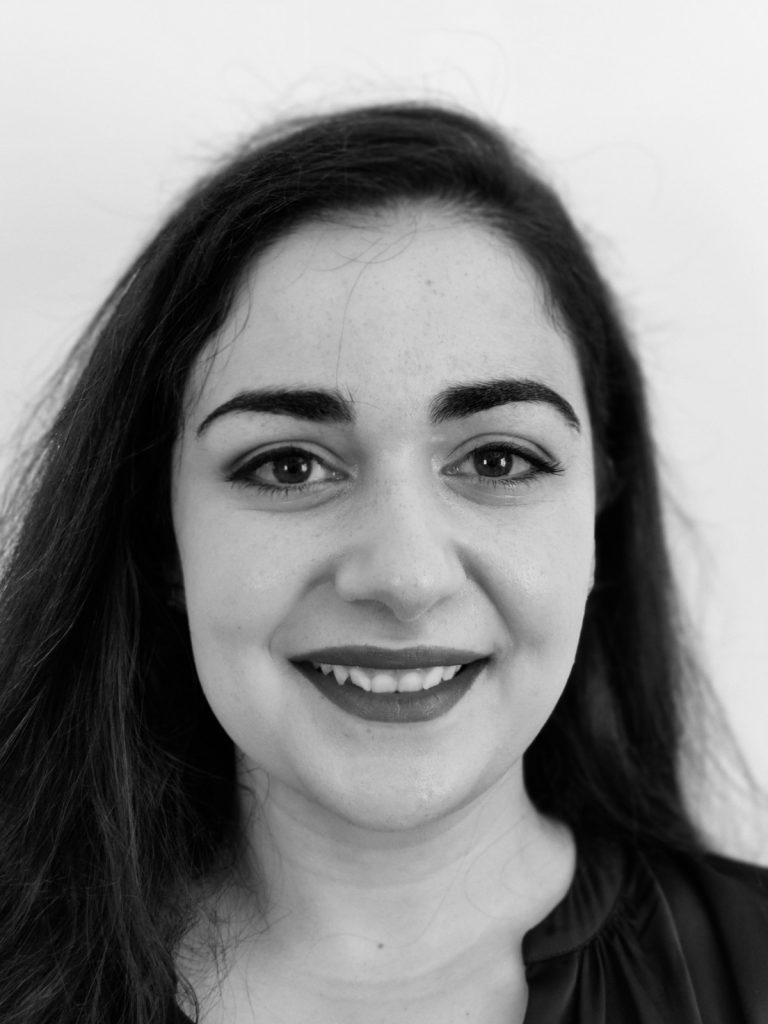 Mariette Borg (soprano) is a student at the Music Studies Department of the University of Malta. She was introduced to the enchanting world of opera through the Manoel Theatre’s production of Gluck’s Orfeo ed Euridice, after which she found herself returning to the Theatre’s opera productions ever since – later, also as a performer. Having sung for years in other genres and settings, she found her musical passion in classical singing and opera. She has attended masterclasses with notable singers, such as Jennifer Larmore Miriam Gauci, Andriana Yordanova, and Luis Aguilar. She performed as a Young Artist in this year’s Teatru Manoel Opera Galas and in Teatru Manoel Youth Opera’s devised performance. She is also a member of KorMalta – Malta’s National Choir, under the direction of Riccardo Bianchi, participating in their tour of North Italy last summer. Together with singing, she is interested in making music and singing accessible to people of all abilities. 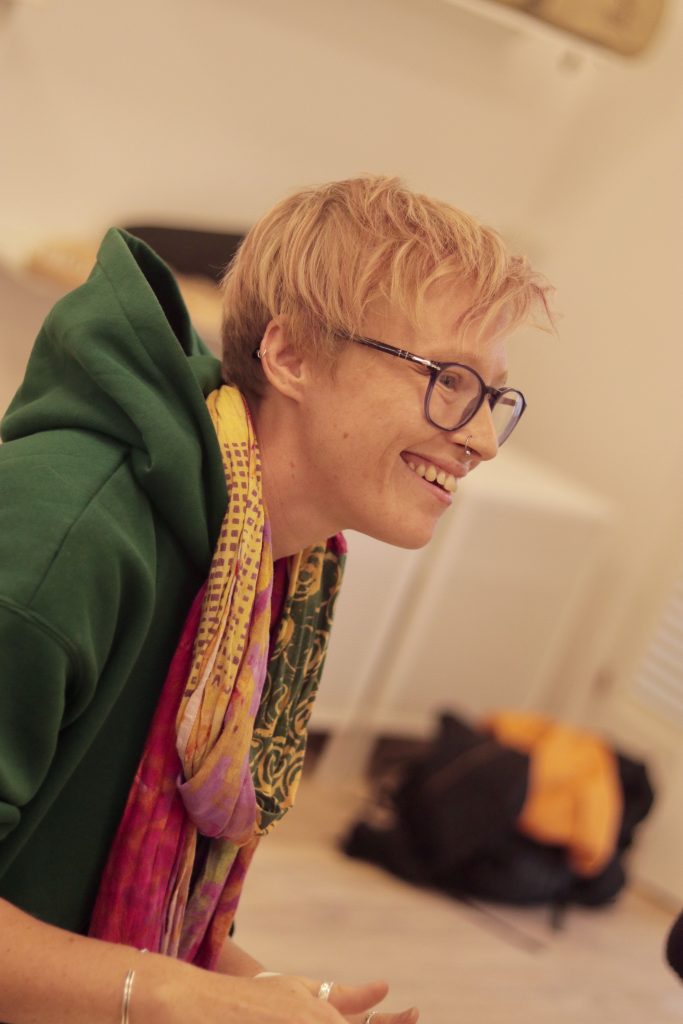 Jess Rymer is a British musician residing in Malta committed to inclusion and diversity in music. Jess began playing music from a young age in the UK through the strong tradition of brass bands. She has always strived to expand her musical toolbox and found contemporary, improvised and electronic music through a strong scene in Yorkshire throughout her teens. Her diverse musical interests led to her completing a BA in music at Bath Spa University before moving to Malta to read for a Masters in Music Composition with a particular interest in collaborative creative methods.

Most recently Jess released and toured the album The Ebbin’ & Flow, created in collaboration with Maltese guitarist Glen Montanaro. This album is a blend of improvised music and folk song with a particular interest in live electronics. Jess set up the Malta Sound Women Network in 2019 with Yasmin Kuymizakis to support women in electronic music in Malta and has written and performed music for a variety of local events such as the Mdina Biennale, Malta Arts Festival and Ziguzajg.

Jess has worked in adapted music education both privately and at places such as The Malta School of Music and SOPA; she is currently working at Villabianca as a Creative Music Practitioner where she is able to contribute towards a more inclusive musical environment in Malta. Jess has completed short courses in the Dalcroze and Kodaly music education methods and is in the process of completing a Masters in Music Therapy with the aim of further expanding her practice to offer music in an eclectic, creative and inclusive environment.