SCHIFANO Luciano. Born in Sabratha (Libya) December 13, 1943. From an early age accompanied his father archaeologist on the excavation, thus entering into contact with the relics of a past that even remotely soon become familiar. His artistic training began at Sabratha to continue to Catania. In 1963 he obtained a degree in Art History at the University of Milan.
In 1964 he moved to Rome where he remained until 1966, when he settled in Florence.
It is his artistic debut in 1965 at the gallery “selective” in Syracuse. Since then many were his interventions throughout Tuscany including mention here: the study for a sacred theme for the eighth centenary of the birth of St. Francis in 1982, the design of the poster for the seventh centenary of the Florentine church of Santa cross in 1994, the installation of windows at Holy cross in 1995, the banner for the Palio of Siena in 1996.
Though deeply attached to Tuscany Schifano is an artist of international position for both the repeated similarities found among his artistic career, and then emerged into the streets intercontinental circuits, both for his role of interpreter of valorifica a universality that is recognized in the installation of windows in a building of religious significance, civil, historical, museum and art as Santa Croce.
Schifano in his works express the happiness of non-contaminated paint, the playful and lively sense of the invention, the strength of color, by experimenting with techniques and materials that figural after him will turn into real currents, such as trans and neo-expressionism. 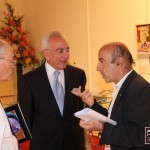 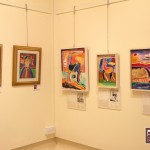 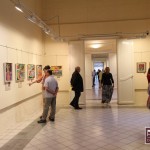 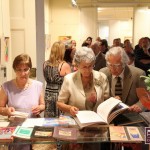 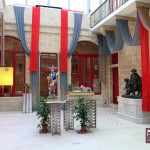 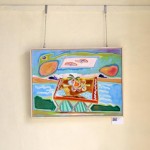 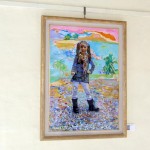