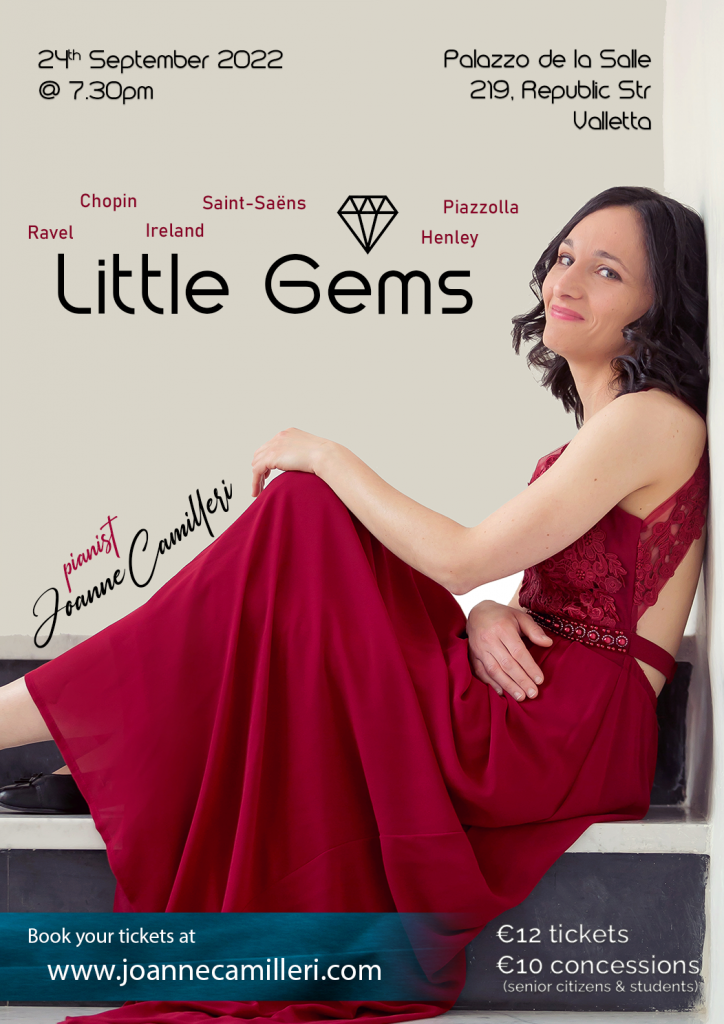 Gems and music have been the topics of many a poetic quote. George Eliot writes of how “These gems have life in them: their colours speak, say what words fail of”, while Hans Christian Anderson reflects that “Where words fail, music speaks”. Music is like precious stones, deeply stirring one’s emotions, leaving one awed and speechless.
This recital aims to highlight exquisite works, some of which are well-loved, others not so mainstream, but are nevertheless precious. It is with great pleasure to perform the European Premier of two works by Paul Henley – Nocturne and Adagietto, which explore a beautiful sound-world, side by side with Saint-Saën’s virtuosic Etude en forme de Valse, which is sadly rarely performed, as are Ireland’s short but fantastically contrasting Holy Boy and The Ragamuffin, Chopin’s famous Andante Spianto e Polonaise Brillante, Ravel’s delightful Sonatine and Piazzolla’s well-loved Street Tango. 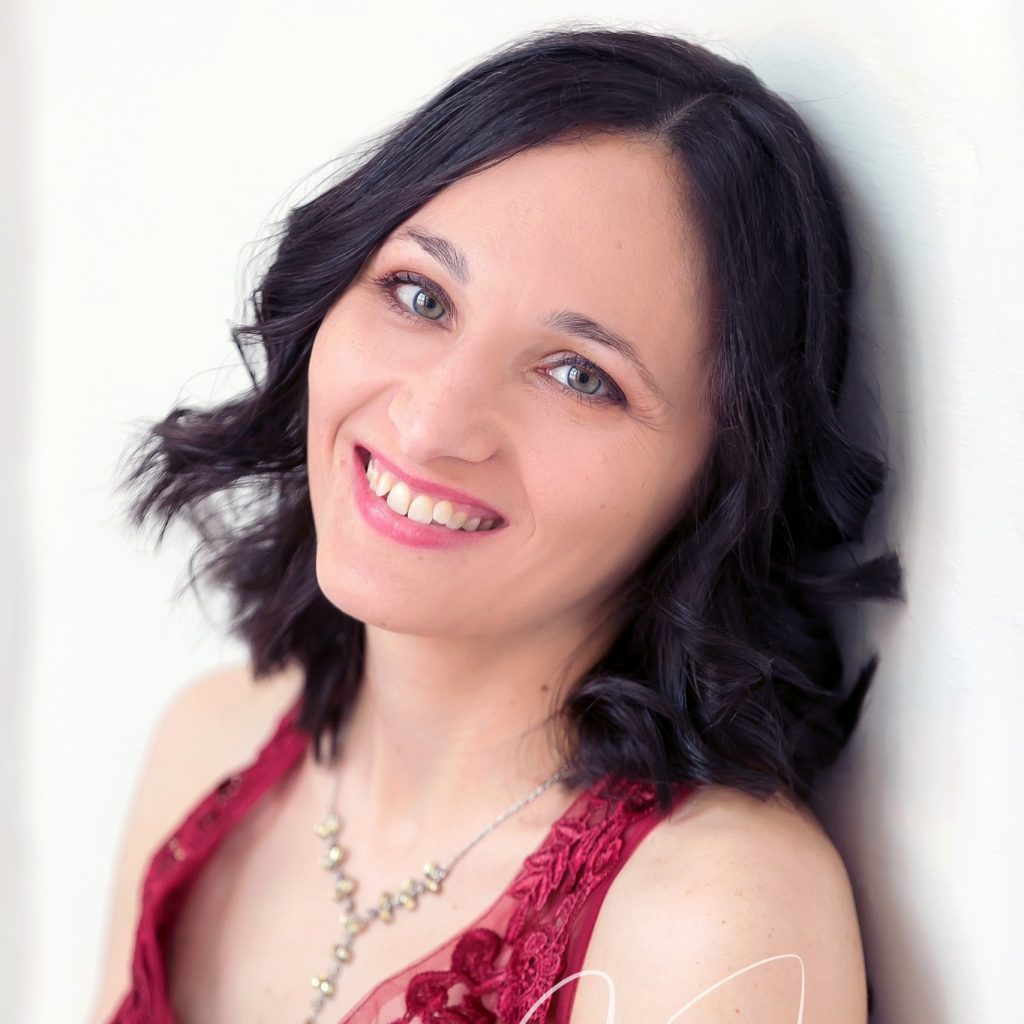 A pianist with a wide-ranging repertoire, Joanne has performed extensively as a recitalist, concerto soloist and chamber musician both locally in Malta and Gozo, as well as in various venues around Europe to high acclaim. She has been invited to perform at prestigious functions including at the United Nations in Geneva to celebrate Malta Day, at the President’s Palace in Malta for various events, at the German and USA Ambassadors’ Residences, as well as other concerts organised under the auspices of the Ambassadors for Ireland, UK, Poland, Tunisia and China. Joanne regularly performs with the Malta Philharmonic Orchestra, with whom she also went on tour to Russia, USA and China.

Having a keen interest in 17th- and 18th- century repertoire, Joanne also plays the harpsichord and forms part of the Valletta International Baroque Ensemble (VIBE), with whom she toured Madrid, Berlin, Paris and Belgium. Joanne has given a number of solo recitals dedicated to the repertoire of the baroque era and specifically of works by J. S. Bach, not least in the highly acclaimed Valletta International Baroque Festival.

A prize-winning Bachelor and Masters graduate of the Royal Northern College of Music (UK), where she studied after winning a 4-year international ABRSM Scholarship, Joanne also holds a Doctorate in Performance from the University of Malta, where she was the first pianist to do so.  Apart from her busy performing schedule, she is also piano and chamber music tutor at the Malta School of Music.