Violin and piano recital by Emilia Wisniewska and Julia Miller 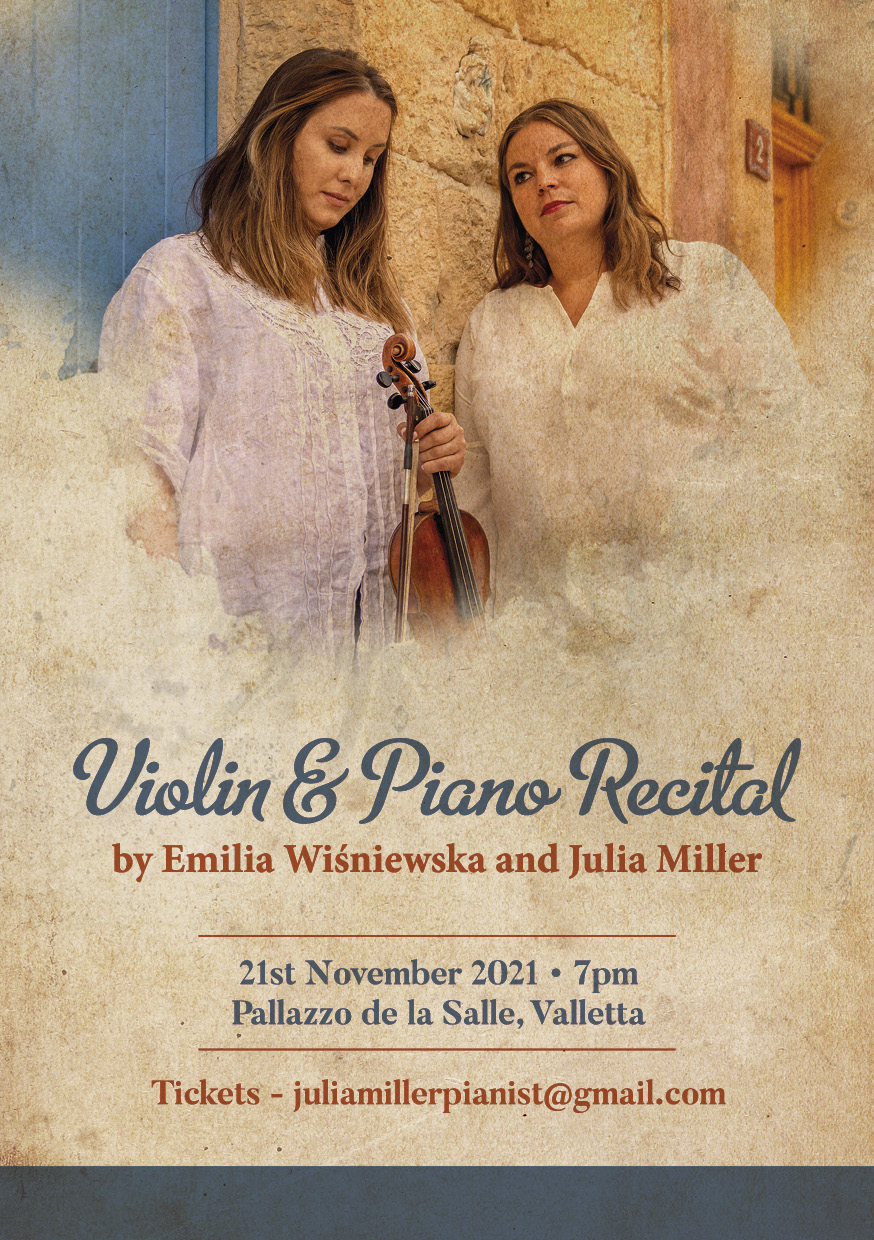 Violin and piano recital by Emilia Wiśniewska and Julia Miller

Emilia Wiśniewska on violin and Julia Miller on piano, a Polish duo based in Malta, will take us on a journey throughout 19th and 20th century violin and piano music. During the concert we will hear a virtuoso violin piece by Polish composer Henri Wieniawski, who was one of the best violinist of his time. Then the audience will be treated to 3 Romances by Clara Schumann, a German virtuoso pianist and composer in her own right, unfortunately overshadowed in the music history by her husband Robert Schumann. The Violin Sonata no. 3 by Johannes Brahms, who was a close friend to the Schumann family and a great admirer of Klara Schumman’s talent, will follow next. This 4-part composition is very agitated and emotional, both violinist and pianist need to collaborate very closely together to seamlessly pass the musical motives to each other. The concert will finish with 20th century work by Prokofiev from his more lyrical period. The composition was originally written for voice and piano, and later transcribed by Prokofiev himself for violin and piano. 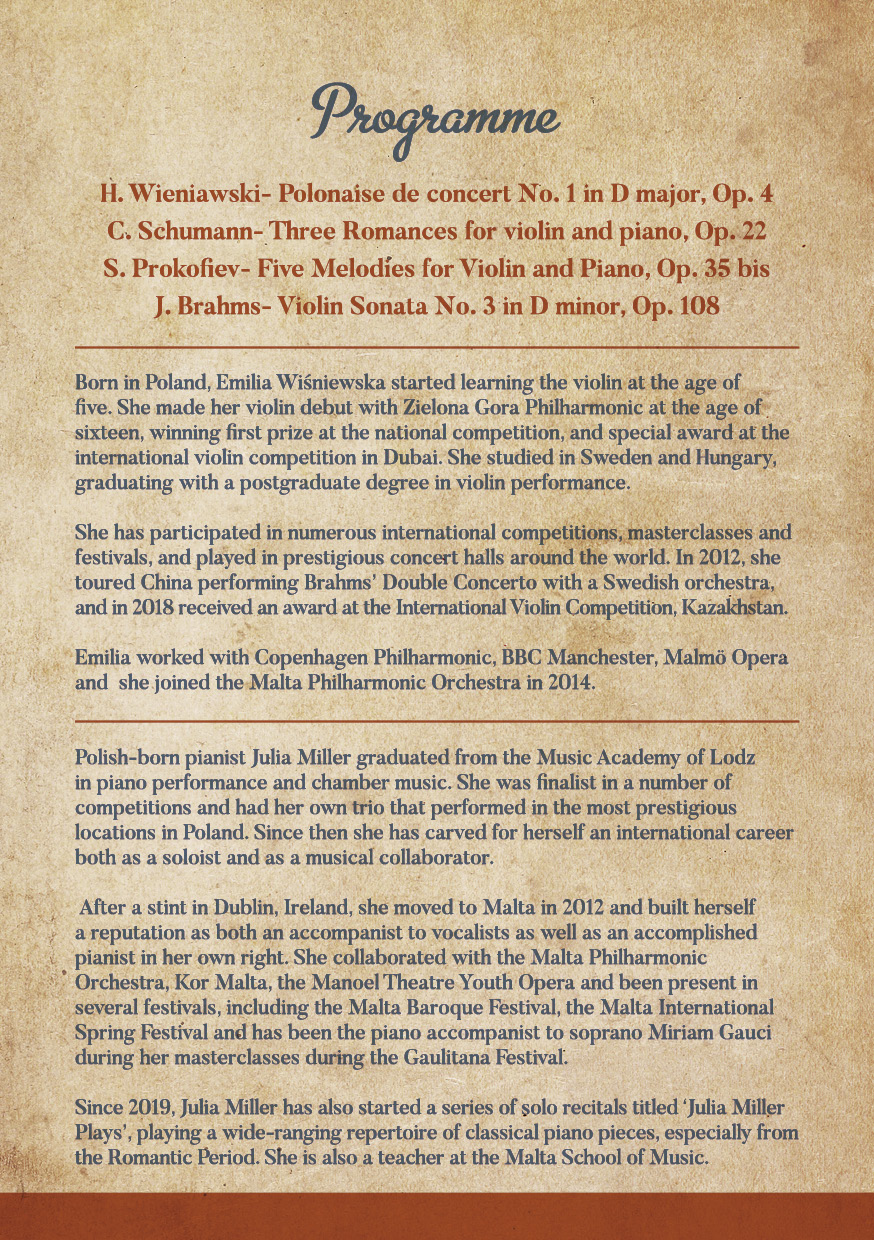 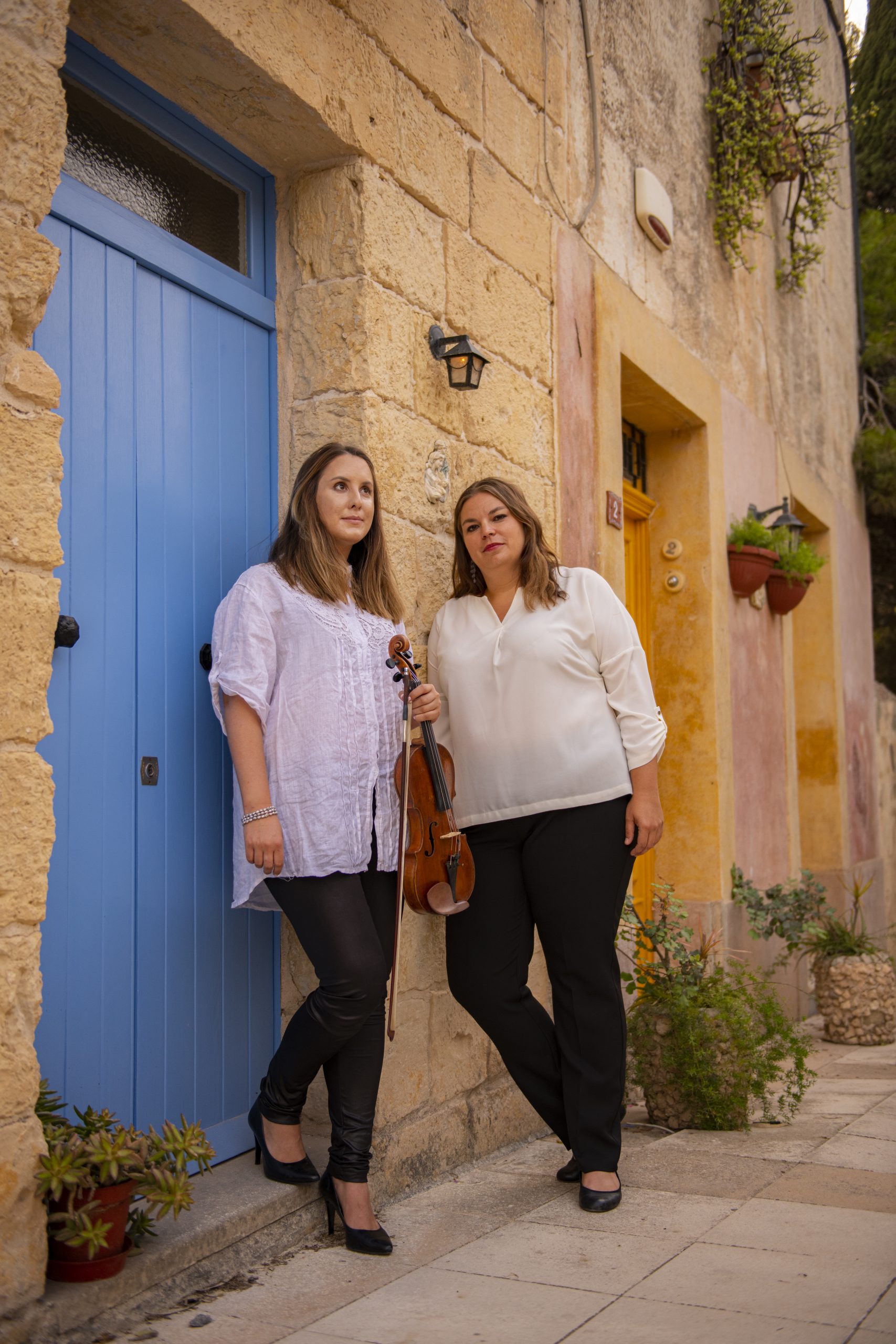 Polish-born pianist Julia Miller graduated from the Music Academy of Lodz in piano performance and chamber music. She was a finalist in a number of competitions and had her own trio that performed in the most prestigious locations in Poland. Since then, she has carved for herself an international career both as a soloist and as a musical collaborator.

After a stint in Dublin, Ireland, she moved to Malta in 2012 and built herself a reputation as both an accompanist to vocalists as well as an accomplished pianist in her own right. She collaborated with the Malta Philharmonic Orchestra, Kor Malta, the Manoel Theatre Youth Opera and been present in several festivals, including the Malta Baroque Festival, the Malta International Spring Festival and has been the piano accompanist to soprano Miriam Gauci during her masterclasses during the Gaulitana Festival.

Since 2019, Julia Miller has also started a series of solo recitals titled ‘Julia Miller Plays’, playing a wide-ranging repertoire of classical piano pieces, especially from the Romantic Period. She is also a teacher at the Malta School of Music.

Born in Poland, Emilia Wiśniewska started learning the violin at the age of five. She made her violin debut with Zielona Gora Philharmonic at the age of sixteen, winning first prize at the national competition, and special award at the international violin competition in Dubai. She studied in Sweden and Hungary, graduating with a postgraduate degree in violin performance.

She has participated in numerous international competitions, masterclasses and festivals, and played in prestigious concert halls around the world. In 2012, she toured China performing Brahms’ Double Concerto with a Swedish orchestra, and in 2018 received an award at the International Violin Competition, Kazakhstan.

Emilia worked with the Copenhagen Philharmonic, BBC Manchester, and Malmö Opera. She joined the Malta Philharmonic Orchestra in 2014.