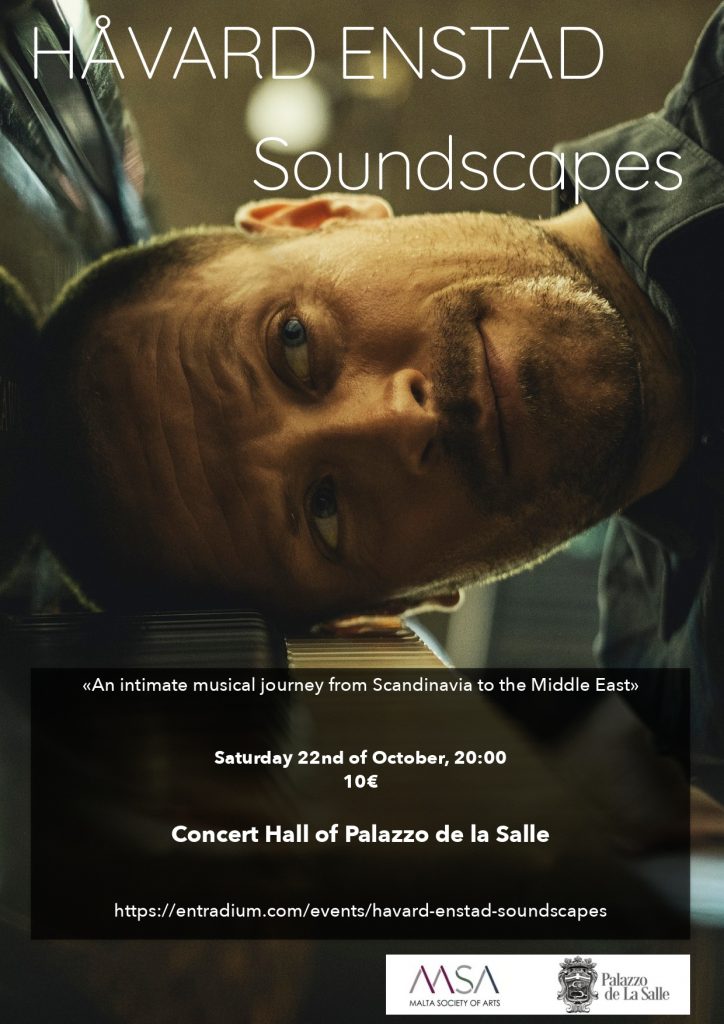 Håvard Enstad will be performing his own works of contemporary piano music. Håvard started playing the piano at the age of 8. He started composing and improvising when he was very young. He was inspired by the tranquility and serenity of Olavskirken, a church in the middle of the forest in rural Norway, where he spent many late nights by himself rehearsing and playing with music. At the age of 17, he picked up the cello as his second instrument and followed two musical paths. The classical on the piano, and the folk/traditional on the cello. After graduating from the Norwegian Academy of Music in Oslo, he settled in Barcelona where he worked as a pianist at the Academy of Performing Arts (Institut del Teatre) as well as actively performing and composing in Barcelona and also around Spain. He premiered three musicals and released several albums with different projects in various genres. After 14 years in Barcelona he moved to Vienna to do a degree in composing at the MUK, and he is now based in Vienna.