Rita Saliba (1964) is one of the authors of a series of books published for schools. Her novel for young adults “Inżul ix-Xemx” won first prize in a competition for young adult literature organized by the National Book Council (2009-2010). Her award-winning “Bella”, another novel for adolescents will be published in the coming months.

Leanne Ellul (1990) teaches Maltese in a Secondary school whilst also reading for a Master’s degree. She is the PRO of the “Għaqda tal-Malti – Università”. She appreciates all forms of art but has literature at heart. She writes mostly poetry as well as novels.  She feels that literature is an experience as and of itself : reading in silence, reading in public and the publication of some of her works are only a small part of this experience.

René A. Cilia (1985) was ordained priest (2011) and currently works in the parish of Żejtun. In 2010 he won the prize for the most promising youth in the National Competition of Literature for Young Adults.  In the same year, he published the novel for youths “Is-Saltna tal-Ħamsin’.  He has also written a number of poems dealing with social themes, humor as well as nostalgia and appreciation of childhood.

André Mangion (1991) is currently starting the final year of Economics at University. Apart from academic studies, he is involved in writing and drama.  He works as a script writer for a children’s programme on the national TV station.  He also likes involving himself in drama both on stage as well as on TV.  He placed first in this year’s category for the most promising young author with his novel “Tattoo”, in the competition for the Best Novel for Adolescents organized by the National Book Council.

Keith Azzopardi (1991) a student at the University is one of the winning writers of the Euro-Mediterranean region in the competition “A sea of words” (2009).  He won the Francis Ebejer Prize for scriptwriting (2001, 2011) and the National Poetry Competition (2011). In his first year at University he founded ‘Versatili’, a student literary group. His works have been published both in newspapers as well as in books and have been translated into English, Spanish, Arabic and French.  He represented Malta in the Biennale for Young Artists (Rome 2011) and is co-editor of ‘Sekwenzi ta’ Tluq’). His short story “It-Tifel tal-Qattus” was recently published in a collection of short stories “Skariġġi”.

Priscilla Cassar (1971) is a Speech-Language Pathologist working with adults and elderly clients.  She furthered her studies obtaining a post-graduate diploma in Gerontology and Geriatrics and is currently doing a course on the use of arts and cultural work with elderly persons. To date she has had poems published in anthologies: F’Kull Belt Hemm Kantuniera (2003); La Vuelta al Mundo en un Poema (Argentina, 2003); Ktieb ghall-Hruq (2005); Il-Malti. Rivista tal-Akkademja tal-Malti (2005); The Drunken Boat (electronic literary magazine, 2008); Kieku l-Ikel Jitkellem (2009).  Recently she had a short story published in Skariġġi (2012). 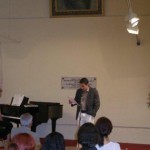 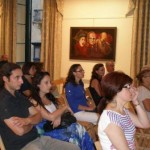 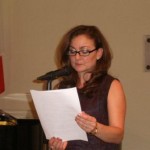 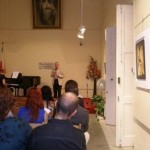 The programme will be conducted in Maltese.