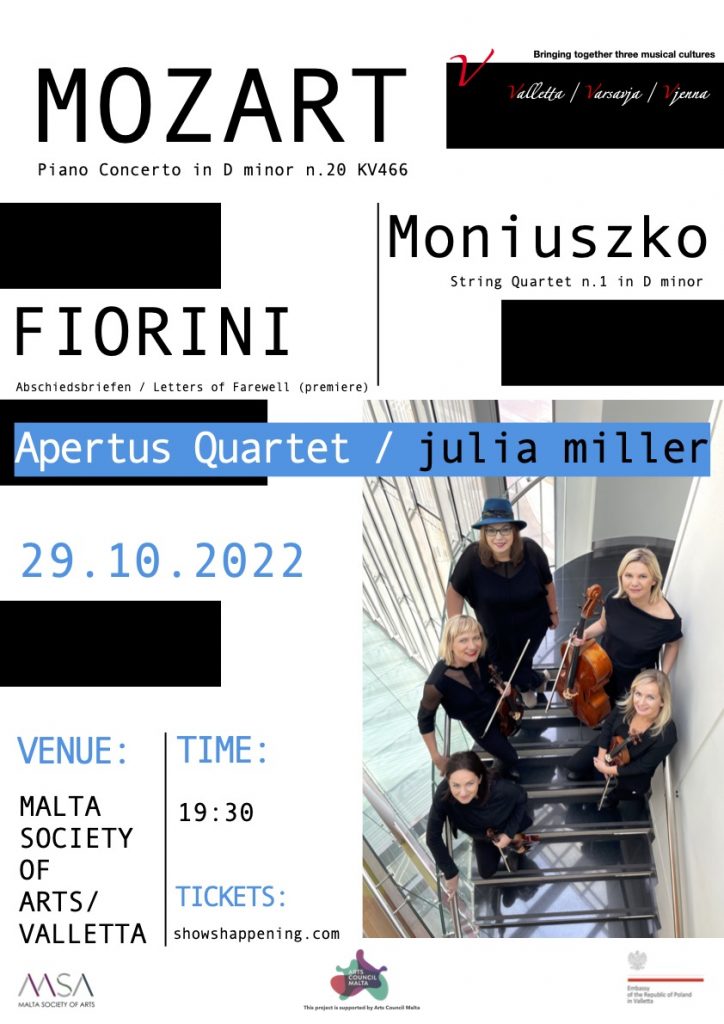 Malta-based Polish pianist Julia Miller will be joining Apertus Quartet, hailing from Lodz Poland, for a unique concert of music by Mozart, Polish composer Stanislaw Moniuszko, and premiering a new quintet written for the occasion by Maltese composer Karl Fiorini. Concert is supported by the Arts Council Malta and The Polish Embassy in Malta.

Valletta-Varsavja-Vjenna: Bringing together three musical cultures, is a project where Malta-based Polish pianist Julia Miller, Poland-based Apertus Quartet and Maltese composer Karl Fiorini, are going to create an original musical performance ranging through three different eras – from the classical to the contemporary – within three different musical cultures. The project includes a Malta premiere of Polish romantic composer Moniuszko’s String Quartet no.1 in D-Minor and world premiere of Piano Quintet by Maltese contemporary composer Karl Fiorini. The performance will open with Mozart’s one of only two minor piano concertos, Piano Concerto in D-Minor, arranged for a piano quintet – in itself a Malta premiere. This project is part of a three-city tour that will take the same programme to be performed in Vienna and in Warsaw. This project is supported by Arts Council Malta and Embassy of Poland in Valletta.

String quartet APERTUS QUARTET was set up in 2007 as an initiative of Academy of Music in Lodz alumni, and Artur Rubinstein Lodz Philharmonic Orchestra artists. The ensemble’s repertoire contains compositions by classic masters, as well as pieces inspired by jazz or even folk music.

The ensemble has also performed at the invitation of Polish diplomatic missions in Vilnius and Lviv, as well as the Polish Institute in Vienna, where in September 2019 the musicians presented the compositions of Alexander Tansman.

In 2009 the ensemble took part in a concert dedicated to saving the historical monuments of the Old Cemetery in Łódz. The concert, broadcasted live by Polish Television, has been recorded on a DVD called “Pamięć a przemijanie”. In 2010 the quartet recorded, in collaboration with jazz saxophonist Andrzej Olejniczak, an album called “Different Choice “. The ensemble also took part in recording soundtracks to films such as “Daas” directed by Adrian Pank (2011) and “Żyć nie umierać” directed by Maciej Migas (2015).

More info can be found on their Facebook page: www.facebook.com/Apertus-Quartet 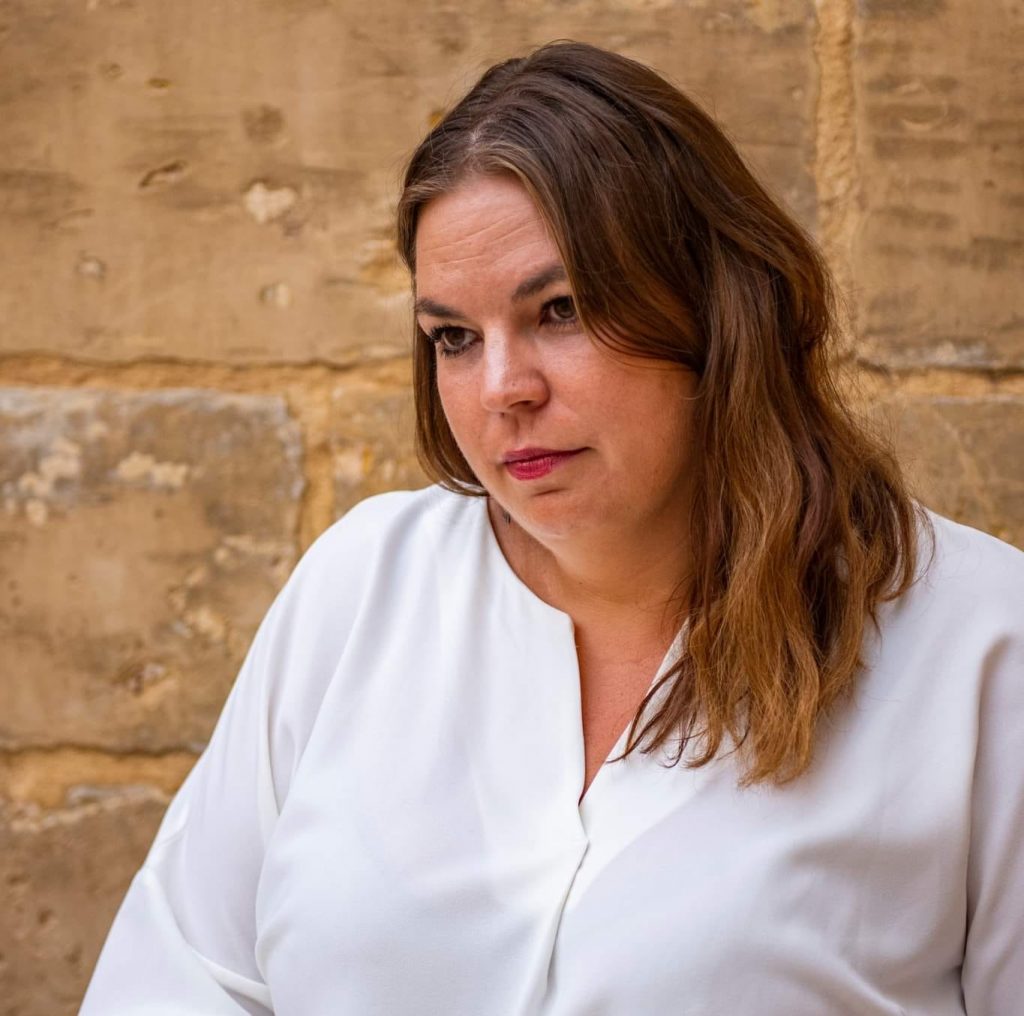 As part of the project Valletta-Varsavja-Vjenna, Julia will be playing Mozart’s D Minor Piano Concerto together with the Apertus Quartet which is one of her favourite as well as piano part in the newly composed piano quintet by Karl Fiorini. Being a solo pianist and pianist in a chamber setting have always intertwined in her career, dating to the late 2000s when Julia was the leader of a piano trio. She started her piano studies when she was six and finished at the age of twenty-four from the Lodz Conservatory in Poland, with a Masters’ Degree in Piano Solo and in Chamber Music. After a stint in Ireland, Julia settled in Malta ten years ago. Here she have played at all the major festivals on the islands, was piano collaborator on a diverse number of projects, participated in masterclasses and  also teaches at the Malta School of Music, where she is piano collaborator and teacher of piano and chamber music. Even though Julia feels naturally drawn towards the music of the Romantics, she has played a very wide range of repertoire – solo and chamber, including in programmes of the Malta Philharmonic Orchestra.