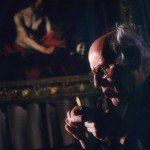 Started education at the Government Primary School till Class III, when, at the age of 9, he entered the Malta Lyceum. With the encouragement of Dun Gorg Preca he joined the Dominican Order in 1945. He spent three years at the Dominican House of Studies in Rabat and was then sent to “Hawkesyard”, Staffordshire, and later to “Blackfriars”, Oxford (1948-1952). Went to Rome (1952-54) where he obtained his S.Th.B. and Dip.Sc.Soc. He returned to Rome for another two years and obtained his Lectorate and Licentiate in Sacred Theology and a Doctorate in Social Sciences. He also attended the State University in Rome and obtained a Diploma in Art History. Later he also obtained a B.A. Hons. Degree in Art History from the University of London.

In 1962 he was elected Associate of the Royal Historical Society, London. He is a member of the Accademia Tiberina and was awarded the French Decoration “Chevalier dans l`Ordre des Arts et des Lettres”, the Russian “Order of Lomonosov” and “Insignia of Merit”, and the Florence “Beato Angelico” Medal.

He is also Knight of Grace, O.S.J. Fr Zerafa was awarded Art Scholarships by the Italian Government on the occasion of Malta`s Independence and again in 1968. He visited museums in the United States on an International Visitors Program; worked at the Louvre, Paris, on a Council of Europe Fellowship; had a British Council Grant in 1967 and a German Government Bursary sponsored by Inter Nationes. He was also invited to the Soviet Union as Co-Founder of the Maltese-Soviet Friendship Society.

He also lectured regularly, mainly on Art, at the British Council Centre, the Italian Istituto di Cultura, the Alliance Francaise and other cultural centres. For many years he was sub-editor of “Scientia” and Archivist of the Maltese Dominican Province.

While studying in Florence, he was encouraged by Prof G LaPira, ex mayor of the City, to set up an Art Centre at S Marco, but had to return to Malta for family reasons. Fr Zerafa joined the Museums Department in 1970 as Assistant Curator of Fine Arts and was responsible for the setting up of the National Museum of Fine Arts, Valletta and the Museum of Contemporary Art at St Julian`s. He became Curator of Fine Arts in 1975 and Director of Museums in 1981. He was responsible for the opening of a number of museums in Malta and Gozo. During this period he was involved in the recovery of the painting “St Jerome” by Caravaggio. His tactful contact with the thieves, over a period of eight months resulted in the successful recovering of this masterpiece.

Fr Zerafa has been invited to lecture at the Smithsonian, Washington; at Fordham University, New York; at the American University, Rome; at the Dominican Curia Generalizia, Rome; at Aspen Museum, Colorado; at the Moscow State University; at the Academy for Contemporary Art, Moscow; at the Academy for Design, Togliattigrad; at the Preti Museum, Taverna; at Budapest Museum, as well as other educational institutions.

He has taken part in International conferences in Quebec, Tunis and other cities and has helped organize numerous art exhibitions in London, Paris, Moscow and Palermo.

Fr Zerafa retired from the Museums Department at the age of 61. He is now lecturer in Sacred Art at the Angelicum University, Rome. He is also “Aquinas Visiting Scholar” at Toronto University, Canada. He lectures at Cultural centres in Malta, and often leads groups of students on cultural tours abroad.

He has restored works by Mattia Preti, Favray, and other Masters. His own paintings and sculptures are to be found in churches and collections in Malta and abroad. An exhibition of his works and projects was held at Gallery G in December 2007.

Publications:
“Developments in the doctrine of private property” (Rome, 1945)
“The Genesis of Marx`s realist interpretation of History” (Rome, 1962)
“Caravaggio Diaries” (Malta, 2004) Being translated into Italian and Russian.
“Memories” (In preparation)
Contributions to the Encyclopaedia of Contemporary Art, Florence: to Thieme Becker, Berlin: and other publications. 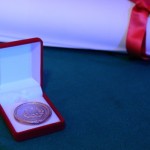 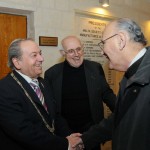 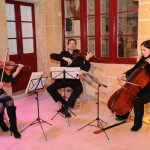 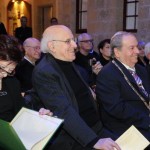 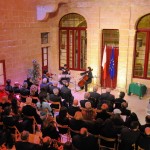 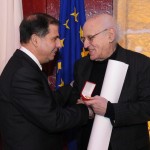 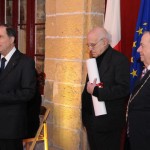 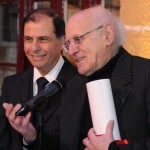 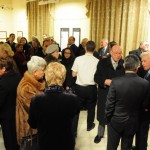