Trevor Żahra was born on the 16th December 1947 in Zejtun (Malta).  In 1971, Żahra married Stella nee Agius and they had two children, Ruben and Marija.

Stella died in 1989 at the age of 38. Żahra taught Art and Maltese in state schools for 33 years.

He has to date published more than 120 books, all written in Maltese.  His first children’s adventure, Il-Pulena tad-Deheb (The Golden Figurehead) was published in 1971. From then on he never stopped writing across practically all genres, including adventure stories, poetry for children, folk tales, workbooks, translations, adult novels and short stories.

In 1974 his adult novel Taħt il-Weraq tal-Palm  (Under the Palm Trees) was awarded first prize in a national literary competition. His fantasy novel Is-Seba’ Tronġiet Mewwija (The Seven Enchanted Citrusfruits) won the 1995 National Literary Prize. He was also awarded national literary prizes for his books: Ħolm tal-Milied (Christmas Dreams), Lubien (Drowsy), Taħt Sema Kwiekeb (Under a Starlit Night), Provenz (North-West Wind), X’Tixtiequ Jagħmel il-Fenek?(What would like the Rabbit to do?); while his book Din l-Art u Kulma Fiha (This Land and all it Embraces) won the special award for best illustration.  Żahra is the Maltese author who won the national literary prize the most times, for both children and adult fiction … fifteen times. In 2004 he was awarded the Medal for Services to the Republic by the President of Malta, in recognition for his literary career particularly in children’s literature.

His books throughout the years have outsold, by far, those of any other Maltese author in Maltese history.

His pleasant style of writing, unique in its marrying accessibility with artfully constructed, deceptively simple language, full of humour and imaginative thinking, and his clear illustrative drawings that complement his writings, make Żahra the most popular writer and illustrator of children’s books in Malta. 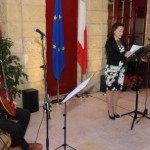 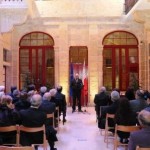 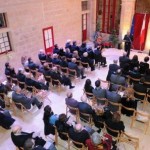 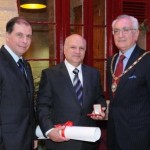 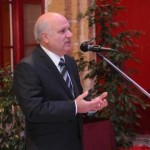 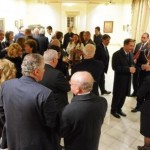