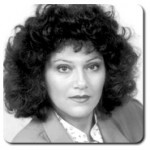 Miriam Gauci was born in Malta and started her vocal education with her aunt, soprano Hilda Tabone. At an early age, she obtained a scholarship to study in Milan, where she made her home. She obtained her diploma in singing from the Conservatorio ‘Giuseppe Verdi’ and the diploma from the Centro di Perfezionamento Artisti Lirici from the Teatro alla Scala. During this period her professors for singing were Lia Guarini and the world famous mezzo-soprano Giulietta Simionato. She also studied staging techniques with Marisa Flask at La Scala and Renato Zanella and Vladimir Delman at the Teatro Studio in Bologna.
She was the first Maltese singer to obtain a diploma from an Italian Conservatorio and from the Teatro alla Scala, thanks to the scholarship from the Italian Cultural Institute.
Miriam Gauci won various international competitions, such as the ‘Aureliano Pertile’ in Bologna and the ‘Toti dal Monte’ in Treviso, and the Concorso per il Centro di Perfezionamento Artisti Lirici of the La Scala Theatre.
In 1984 she made her stage-debut with Poulenc’s La Voix Humaine in Bologna followed by her first appearences at the Teatro alla Scala di Milano performing in Luigi Rossi’s  and in Bellini’s La Sonnambula. Miriam Gauci has sung at numerous international opera-houses such as the Teatro Comunale di Firenze, Teatro di Roma, Teatro Bellini di Catania, Teatro San Carlo di Napoli, the State Operas in Munich, Hamburg, Berlin, Dresden and Vienna, at the Opéra de Bastille in Paris, Theatre du Capitole de Toulouse, Teatro del Liceu in Barcelona, Teatro della Zarzuela in Madrid and at the opera-houses in Bilbao, Lisbon, Antwerp, Geneve and Zurich. In 1987 she made her very successful debut in the United States, singing Puccini’s Madama Butterfly at the Santa Fe Opera. She inaugurated the Los Angeles Opera season as Mimi` in Puccini’s La Bohème with Placido Domingo as Rodolfo the same year; she has also performed in Moscow, Tokyo and Santiago de Chile. Her debut with the San Francisco Opera took place in January 2000 with the role of Mimi`, and she sang the same role for her debut with the Metropolitan Opera in March 2001, with a live broadcast world-wide.
After having sung various roles such as Gilda in Verdi’s Rigoletto, Violetta in La Traviata, Lauretta in Puccini’s Gianni Schicchi and Ilia in Mozart’s Idomeneo, Miriam Gauci concentrates nowadays on main-parts in operas by Giacomo Puccini (Mimi in La Bohème, Liu in Turandot, Cio-Cio-San in Madama Butterfly as well as the title-roles in Suor Angelica and Manon Lescaut) and Giuseppe Verdi (Elisabetta in Don Carlo, Desdemona in Otello and Amelia Grimaldi in Simon Boccanegra). She also sings Nedda in Leoncavallo’s I Pagliacci, the title-role of Massenet’s Manon, Contessa Almaviva in Mozart’s Le Nozze di Figaro and Donna Elvira in Don Giovanni as well as Margherita and Elena in Boito’s Mefistofele. Miriam Gauci had a great success when making her debut in a new production of Boito’s Mefistofele under Riccardo Muti at the Vienna State Opera in 1997.
Her concert appearances include performances of Verdi’s Messa da Requiem in Zurich (conducted by Georges Prêtre and by James Conlon), Catania (conducted by Nello Santi), at the Vienna Musikverein (under Vladimir Fedosejev’s baton) as well with Riccardo Muti at the opening of the 2002 Salzburg Festival, at the Vienna State Opera and in Tokyo, the latter with the La Scala Orchestra. She sang the Verdi Requiem again with Georges Prêtre at the Accademia di Santa Cecilia in Rome in 2001.
Miriam Gauci has been working with numerous conductors like Claudio Abbado, Gerd Albrecht, James Conlon, Gianandrea Gavazzeni, Fabio Luisi, Zubin Mehta, Riccardo Muti, Georges Prêtre, Wolfgang Sawallisch, Silvio Varviso and Marcello Viotti, with famous stage-directors like Franco Zeffirelli , Harry Kupfer  and Robert Wilson as well as with her stage-partners Roberto Alagna, Jaime Aragall, Francisco Araiza, Placido Domingo, Peter Dvorský, Ferruccio Furlanetto, Nicolai Ghiaurov, Samuel Ramey, Giuseppe Sabbatini and Neil Shicoff. She performs regularly with her husband Michael Laus in recitals and concerts.
She participated in DVD-recordings as Micaëla in Bizet’s Carmen (at London’s Earl Court Theatre) and as Puccini’s Manon Lescaut (at De Vlaamse Opera in Antwerp) and she has recorded the following complete operas on CD: Madama Butterfly, Manon Lescaut, Tosca, Suor Angelica, Gianni Schicchi, La Bohème, Pagliacci, Otello and Simon Boccanegra. Miriam Gauci recorded an album with Italian arias as well as the soprano-parts in Beethoven’s Egmont and his Symphony No.9, Brahms’ Deutsche Requiem,  Dvořák’s Stabat Mater and Te Deum as well as Verdi’s Messa da Requiem. Her latest release is a CD recording of duets with Ramon Vargas for RCA.
In December, 1993, Miriam Gauci received the membership of the Order of Merit from President Ċensu Tabone. In May, 2010, she was made a Cavaliere of the Italian Republic.
In February 2006, Miriam Gauci performed the role of Contessa d’Almaviva in Mozart’s Le Nozze di Figaro in Giorgio Strehler’s famous production at La Scala. The première was broadcast live on RAI 3.
Ms Gauci was the stage director in the production of Rigoletto in the 2007 BOV Opera Festival at the Manoel Theatre and in Die Zauberflöte in 2009 in the same festival.  Her latest appearance in Malta was in January, 2009 in a concert at St John’s Co-Cathedral in honour of the President of Malta, Edward Fenech Adami.

In 2011, H.E. Dr George Abela, President of the Republic, bestowed the Malta Society of Arts, Manufactures and Commerce’s 2010 Gold Medal to Miriam Gauci in a ceremony held at the Casino Maltese. The award was given in recognition of Miriam Gauci’s outstanding career in the international field of operatic music. 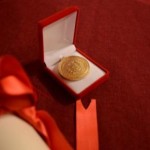 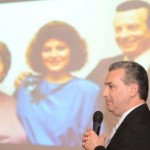 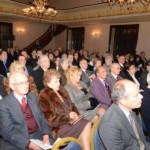 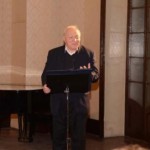 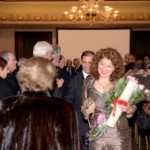