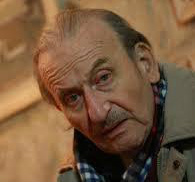 “I find it difficult to write about my friend Gabriel Caruana, firstly because he is my friend and then because he is a wonderful artist. A wonderful artist cannot be classified and described with academic formulas. Caruana’s art is always fresh and free, always alive and bold: it possesses the same verve that gave birth to the modern independence in painting and sculpture”
VICTOR PASMORE

Gabriel Caruana (b. 1929) is recognised as perhaps Malta’s most inventive artist and his original approach in the art of ceramics makes him stand out singularly as the person who has worked so intensely in this genre on the local art scene. Through his contribution as an artist he made a name for himself within the mainstream of Maltese artists over the past fifty years and earned esteem on the international scene.

Born in Balzan, Malta on the 7th April 1929, Caruana pursued his art studies from an early age at government schools and at the Malta Government School of Art, but he already decided for a complete freedom of expression and perhaps may essentially be classified as self-taught.

Apart from the influence of the Maltese cultural and social environment, it is especially the elements that have left their mark on his work. Also one must not ignore the influence imparted by a number of foreign personalities who settled in Malta, like Charles Sewter and Victor Pasmore who were to become mentors and friends and also his friendship with Maltese artist/architect Richard England.

His prolific output includes sculptures in bronze, wood, cement, stone and Perspex, paintings, drawings and prints. What he is mostly known for, is his own original interpretation of ceramic art that includes numerous large murals, free standing sculptures, plates and wall plaques with modelled relief, also a note worthy collection of columns.
For a good number of years, Caruana was an art tutor at the St Joseph Secondary School and later at the Targa Gap School of Arts and Crafts and under his guidance flourished a great number of local ceramic artists.

During his career Caruana has won various awards amongst which the Midalja ghall-Qadi tar-Repubblika (1999) and in 2014 the Gold Medal from the Malta Society of Arts.
Gabriel is married to Mary Rose Buttigieg and they have two daughters, Gabriella and Raffaella.